There is an interesting lesson that we are about to see unveiled in Utah where a cop who declined to work the Gay Pride Festival has been placed on administrative leave pending dismissal from the Force.

Police routinely shoot unarmed innocent civilians just about every time cops open fire. The ones they don't kill, they wound. Less than 1% of the police involved are ever fired much less held accountable for these random murders. 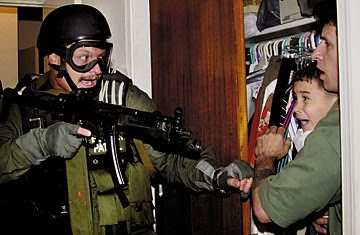 When did it become the rule that the police have a paramount right to kill people for no reason?
All cops are OK with killing you if that makes it safe for them. We should do something about that. In any society that enjoys the rule of law, this sort of thing would not happen twice.
Posted by HMS Defiant at 1:28 PM