I DON'T KNOW HIM

I posted earlier about the President's decision to violate the law when he traded pure terrorists for America's only POW in Afghanistan. I was prompted to post that because I disliked the trade. The information I had back when he went adrift made me suspect that Bergdahl was a deserter who emulated other service men who defected to the enemy in Korea and Vietnam. On the other hand, I don't know that man and we don't negotiate with terrorists.

I've looked and listened over the last 2 days and I think that I can set aside doubt. Bergdahl defected to the enemy. The Army knew it. The Army promoted him in absentia knowing that he was an enemy of the race of reason.

The people who conspired to violate the law and released hardcore terrorists back into the wild should be investigated and punished for violating the law. The president may get away with saying that he only has to obey what he thinks is the law. For everybody else, there isn't any wriggle room. Lieutenant Colonel Oliver North, Admiral John Poindexter, Lieutenant Colonel Bud McFarlane and countless others have shown that the military is held to the laws as written. Yes, they were later pardoned or the convictions were overturned but the law moved against them and the law won. It must be that way. Without the rule of law we are no better than Argentina, Venezuela, or the Philippines.

Many people have decided that Reagan was wrong to let Iran-Contra happen on his watch. Perhaps. Still, I don't recall anything at all like this picture below at the time or in the decades since. 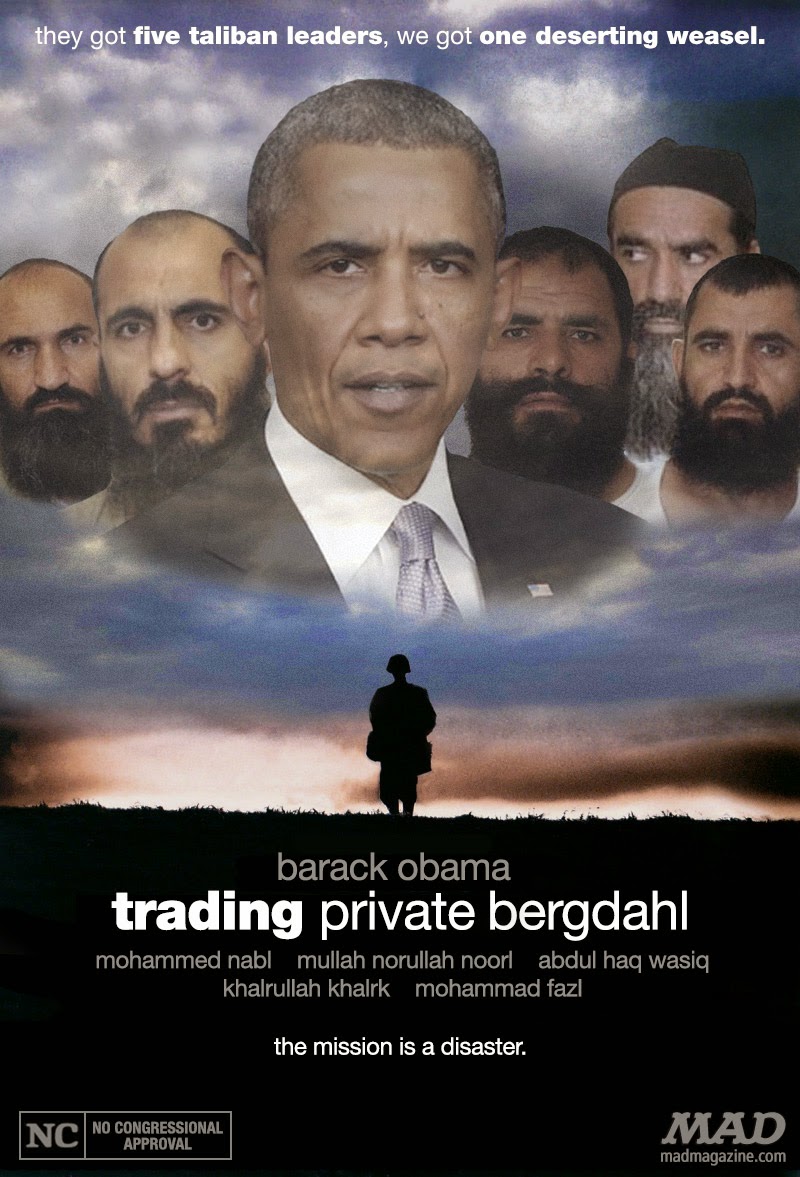 For many decades the party used to say that we could survive a bad president without irreparable harm. I think so too. I suspect that many of our friends won't survive this bad president. We never used to speculate about the ruination that a bad president would visit on the rest of the world while we were 'surviving' his misrule.

Hopefully, they armed themselves.
Posted by HMS Defiant at 6:00 AM