UPDATE: Fed decided that the economy is doing so well now it CAN taper off the unprecedented scam and reduce its monthly bond purchases to just $75 Billion/month. Market up 300 points!!!!!
I am glad that my faith in them was not misplaced.

I thought the Fed would announce the tapering off of the Quantitative Easing scam today even though I knew they couldn't because nobody else is going to spend $85 billion/month to buy worthless bonds. Intellectually, I know QE is in the same category now as Social Security, Medicaire, Railroad Pensions, taxes... Even so, I caught myself wondering a couple of times today how to position my portfolio to survive the ugly dawn when people wake up again, just as we did a few years ago when the banks collapsed overnight, and realize that the government has just shafted us again. The two parties who won't debate government spending, because there can be no debate, won't even accept a common basis for negotiating future discussions. They can't. 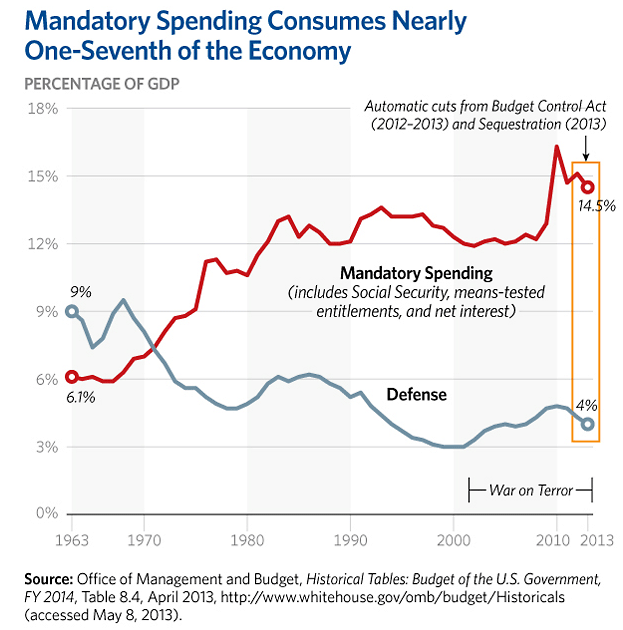 It's the budget trends that worry me. From the report above: 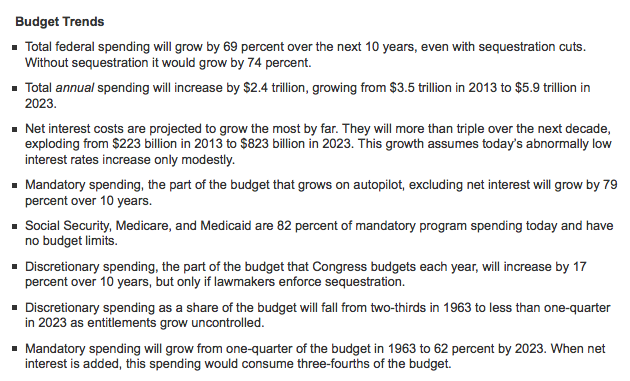 Look at the 3rd bullet about interest on the debt. That is almost double the Defense Budget. When the time comes to pay lots of money for absolutely no goods or services, there's going to be hell to pay. 50% of those people you expect to be paying, don't have jobs today.

How much pressure do you think it takes to get blood from a turnip?
Posted by HMS Defiant at 7:00 AM
Labels: America, cannibals, social war