I took a short break from reality as it exists in my corners of the interwebs and visited most of my family for a few days. I had a good time and had a chance to reflect on how different we all are in just about all of the ways that one can be and still be a member of the civilized and educated first world. Nothing bad or wrong with any of us, just different. And the same.

I have not liked the news since I returned home. It is filled with things that are deeply amusing because I find that mostly these days I laugh at the human condition that the West has so invested itself, its integrity and its treasure in defining and shaping. Not only did a ship of fools manage to trap themselves against a lee shore and become surrounded by ice in high summer in the Antarctic seas, they raised such a fuss they got all of their rescuers stuck in the ice too. All have now had to call upon the USCG to come and rescue them after the Chinese, Australians, and Russians failed. These were global warmists out to prove the undeniable global warming in response to mankind by demonstrating that there was no ice at all in the Antarctic summer.

The problem is though that there are a million stories every day just as bad and just as ridiculous. I don't make lists and I don't read conspiracy theories but ask yourself what kind of civilization elects a man who can show nothing at all in his past or background to justify electing him mayor of a small town in Alaska? What about Benghazi? What about the IRS actively investigating "enemies of the regime?" What about the NSA spying on literally everybody in the world?

The New Yorkers have elected themselves a wonderful progressive to lead them into the wild years. They will no doubt be shocked to discover that crime skyrocketed in the Big Apple right up until the media actively goes along with the politicians in charge there and suppresses the data on the crime rate and the victimization of the middle and lower class by new thugs. If you ever wanted to experience NYC, you should go soon since it will increasingly come to look and feel like Detroit.

What I like? I drove from Washington DC to the edge of the Laurentide icesheet here in Metro Park Centralis into the teeth of a winter storm that dumped about a foot of snow on the roads and didn't blink an eye because the highway departments in Maryland, West Virginia, Pennsylvania and Ohio not only know how to do their jobs properly, I expect them to do them properly all the time. And they do. The roads were fantastic. 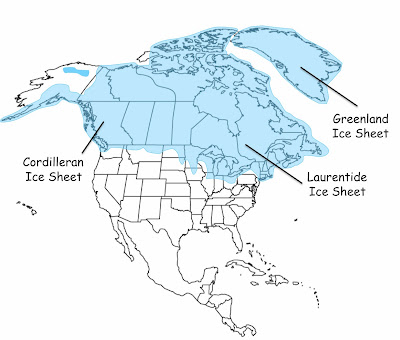 The respun news is filling with stories about Russian scientists and others discussing global cooling and its potential effects on humanity. Personally, I prefer the hot to the cold but then I spent years basking in the Persian Gulf and Middle East. It does become a constant trifling annoyance though to avoid countering the utter lack of science with another pack of "scientists" who present different conclusions from what MUST be the same facts. I mean, we all agree on the facts right?

I read a story in the Air Force Lifer Times about a B-1B that crashed and left one hell of a smoking hole in the ground back in August. It seems that the plane was on its way after that last flight, to the great Air Force Depot where it would enter a 60 month overhaul. Yes yes, I know. Nobody spends 5 years overhauling an aircraft and it was a misunderstanding of the life cycle maintenance concept for B-1Bs but nevertheless, I thought it funny. Because nobody was seriously injured. I watched a B52 crash not far from my house in Emeryville once. It was one of the saddest things I've ever seen.

I hope any smart crafty Air Force guys who read this blog would assure me that the USAF really doesn't spend 5 years overhauling a single aircraft.

And to all my critics I must point out that, yes, I know they are sentence fragments but I am trying to hone my press credentials so I can attend the Modern Language Association's annual party in Chicago next week with press credentials and since they don't write so good, I should try not to show them up. I draw the line at misspelling words though and any made-up words are obviously spelled correctly. The MLA has been a source of great merriment for over two decades, ever since I met my other brother-in-law who actually attends them from time to time.

I hope that all are healthy and enjoying the new year! I am.
Posted by HMS Defiant at 7:00 AM
Labels: highways, home, humor, MetroParkCentralis