This letter is quite legible so I'm going to try posting it as is. 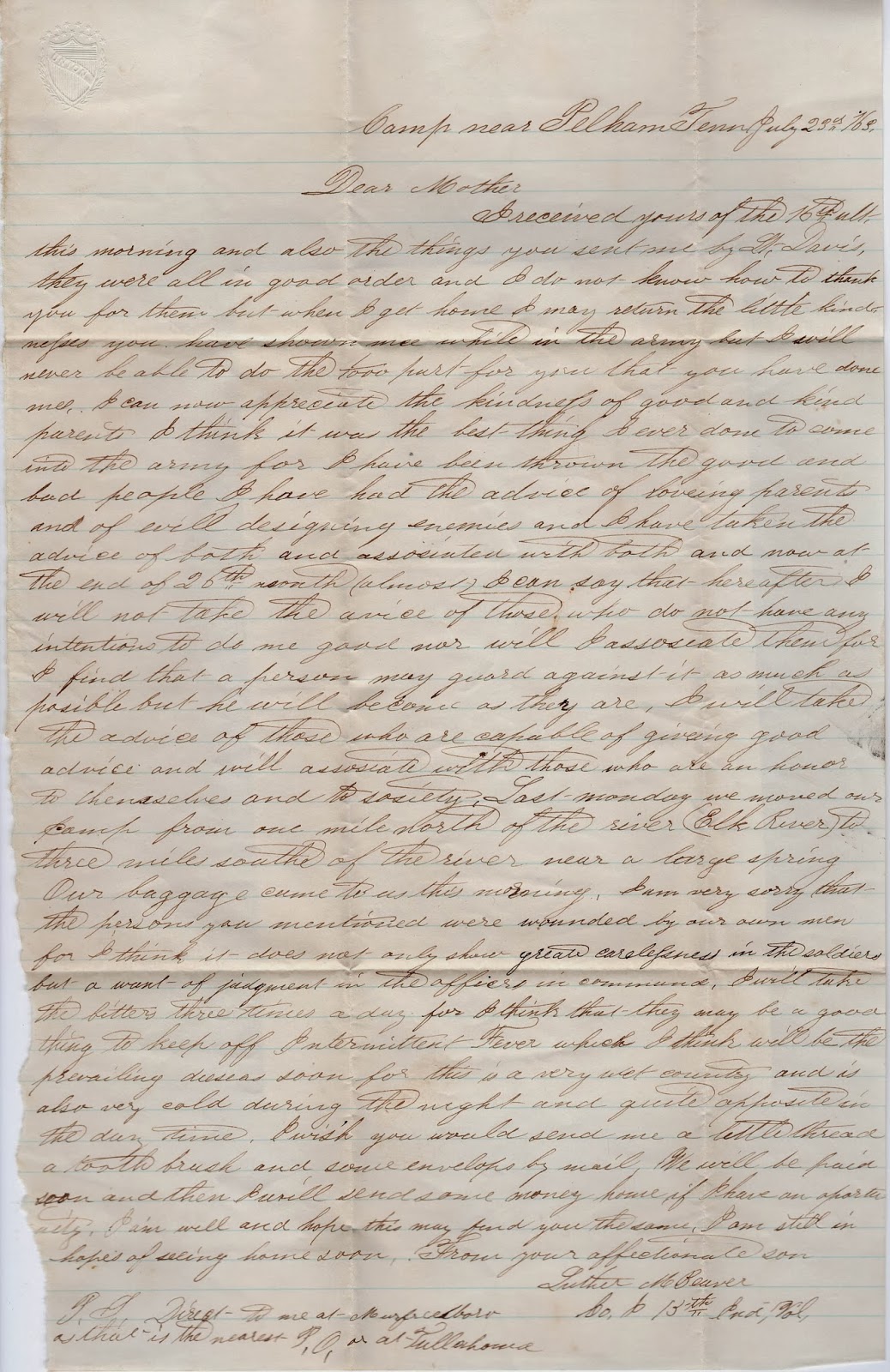 It's an interesting letter home from a young man who is finding out what so many do after they have joined the military and campaigned with it for awhile.

I am sometimes struck by how Luther writes his parents and sister and tells them which Post Office he is, or will be, nearest to, so they can send him mail there. It took the Great War to institutionalize the Armed Forces Post Offices. One of the constant refrains that came up at various planning conferences I attended over the last 20 years, was who was going to deliver the mail to the front. The Army doesn't want to, the Marines refuse and the Air Force and Navy are not at the front and therefore not inclined to be at all helpful in the matter. The question remains though and is right up there with just who is going to provide the massive manpower to confine all the enemy prisoners of war we expect to capture and the millions of refugees we expect to see. Oddly enough, the Army refuses, the Marines won't and the Air Force and Navy don't take prisoners.
Posted by HMS Defiant at 11:03 AM
Labels: Civil War letter home