HOPING THEY BOTH LOSE

There appears to be a breakdown in relations between Arabia and Persia. That's never happened before and it doesn't bode well for the oil burners of the present and future. It's a good thing Europe has an almost purely atomic powered electrical grid and doesn't need anything from the Middle East.

It's at times like this that I am always amused by the thundering herd who bleat about the dangers of Iran closing the Strait of Hormuz because somehow that will have negative effects on Persia's enemies. Yep, for all the talk about it as a tactic, the illuminati never wonder where Persia is going to sell its own oil products if it cannot move them out of the Persian Gulf. As far as I know they still don't have any new oil ports on the North Arabian Sea and let's all laugh at the idea of them building a pipeline through Kurdistan. 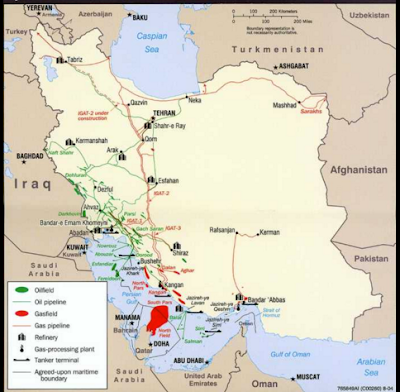 The interesting offbeat is that the countries have no power to damage each other without slitting their own economic throats. Yes, historically both regions were insanely dangerous to each other but that was when they could fight each other through southern Iraq. That's not really possible anymore. Iran and Iraq fought up and down the Al Faw Peninsula for 8 years without making any significant progress. The Kingdom and the Emirates were happy to fund Saddam and his Army against the mad mullahs because everybody was in complete agreement that it was way better for Iraq to fight Iran than to turn its eyes and armies toward Arabia. And besides, nobody likes a crazy mad shiite mullah.

The two sides fought the Tanker War against defenseless ships which saw almost daily air raids on oil terminals in Iran and Iraq and attacks on all neutral oil tankers in the Arabian Gulf. None of the countries involved built, owned or operated the oil tankers attacked but neither Iran nor Iraq suffered any particular downside to blindly attacking them as soon as they could be found. Trust me, it's not hard to find a VLCC tanker.

It will be interesting to see if the Saud's close the door to all Persians interested in making the Haj next year. It's also time to start speculating about the first use of nukes since the last time they were used on "the other." With their help, we went a long way towards dehumanizing Japanese and made enormous strides in cleaving them, root and branch, from civilization.  We did the same with Germans too. Sunnis and Shia adopted that strategy over a thousand years ago and no longer see the other as human or made in a form pleasing to God. The million dinar question is, will they put business before pleasure and nuke civilization first or just yield to their heart's desire and nuke the apostates first?

Think about it. In an insane and inept war fought by two muslim superpowers, they united to attack....neutrals and civilization. They both found that there was no 'Center-of-Gravity' worth attacking in either Iraq or Iran. Even if the capital fell to attack or destruction, it wouldn't affect the levee en masse of the militant muslims making up the force. Look at Afghanistan. The Taliban fought all comers for a generation and then fought the Northern Alliance to a standstill but there was no end to the war even though there was no means to go on.

The two can engage in futile irritating tit-for-tat strikes on each other but to little point and no advantage. I think they'll both turn to attacking civilization in the hope that they will get from us, sitting at the negotiation table, what they cannot get from each other. Will we do the historic thing and send both sides $billions in order to keep them from our throats as Europeans did with the Barbary Pirates, or will we happily invest a little in helping them all slit their own throats?