The Governor of Texas has offered the idea of a National Convention to restore the Constitution and address the reigning insanity of judges and bureaucrats. Here are his modest proposals for that Convention: 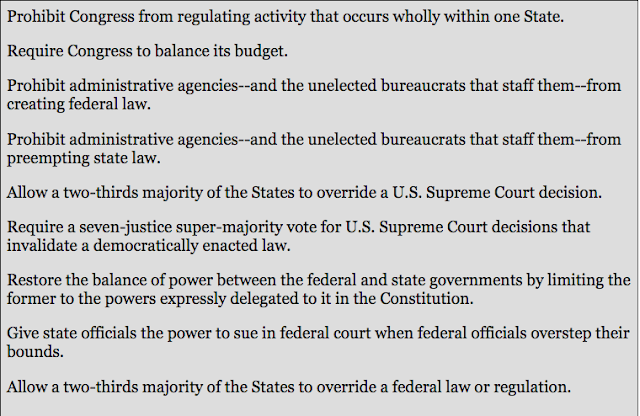 I approve. I never saw how a Republic came to be ruled by five unelected rulers in a black robe.

OTOH, if we do hold a Constitutional Convention again there is little doubt that it will kill the 2nd Amendment and destroy the First Amendment. The people who run wild in this country today are nothing like the men who organized the tea party or fought at Bunker Hill. The modern radical is deeply steeped in stupidity and intolerance.
Posted by HMS Defiant at 8:00 AM
Labels: America, civil government, genius