Don't get me wrong, I was born there. However, I noticed today that a certain type of person is returning to the forefront of basic political life in the Reich. They are whining about the influx of millions of assassins, terrorists, muslim fanatics and other non-German types who are flooding the Reich with their insane demands and calls for not just Euros but Lebensraum! The pushback is getting fierce and with just a simple scan of the numbers it does look like the natives have good reason to be restless. 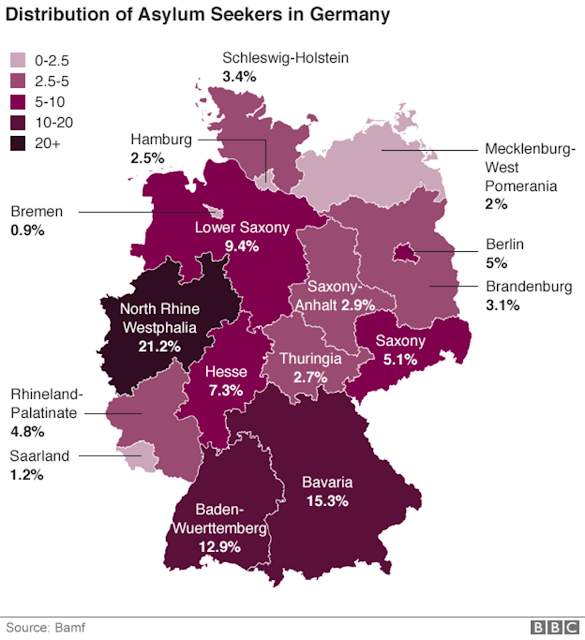 On the face of it, the whiners may have a point, but they forget that the map is not the terrain. Let's look at the real map of Germany shall we? 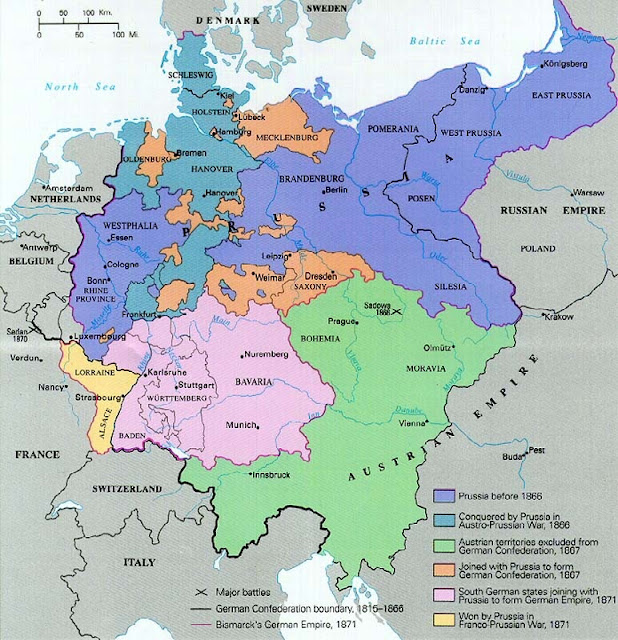 See how much German land suddenly reappears? As any fool can plainly see, there is plenty of German land available to settle the new Germans on. Just give each of the new Germans an assault rifle, 200 rounds of ammo and point them east towards Königsberg, Prussia and Silesia. If they prefer wine they can settle the sparsely settled Alsace and Lorraine (hardly any Germans there now). Migrant problem solved!
Posted by HMS Defiant at 3:30 AM