This was sadly and pathetically amusing:


The Army must rely on more rotational forces as well as the National Guard and Army Reserve as it prepares to expand its training mission in Ukraine and continue reassuring its European allies in the face of Russian aggression.

I'm pretty sure McArthur was saying the same thing back in 1950 as he watched N. Korea roll over the Republic of Korea. Instead of importing Guardsmen and Reservists from America, why not invite our NATO allies to actually recruit, train and equip soldiers of their own? 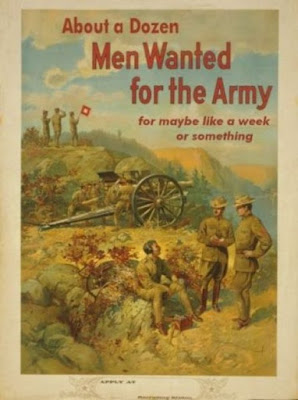 Good luck with calling up the Guard and Reserve short of an actual war, General. I'm sure you'll be  hearing from Congress.
Posted by HMS Defiant at 1:45 PM