A tragic story about a young man hacked to death by 2 muslims in London today. It only took the police 20 or 30 minutes to arrive at the scene of the crime to find the two killers running up and down the street demanding that people take pictures of them.

Ralph Peters has an interesting article today in the New York Post about the collapse of Arab civilization as the Arab spring turns the Arab world into a muslim paradise. There were several reasons put forward over the last 50 years for the refusal of ANY Arab government to accept refugees from Palestine and make them citizens. Only one muslim country really tried to absorb the Palestinians who fled Israel and that was Jordan. As thanks, the refugees in Jordan attempted to overthrow the State leading to Black September. The Jordanian monarchy and people exterminated the ones responsible. None of the other frontline states would have anything to do with Palestinians which is why, to this day, they are cooped up in refugee camps and forbidden to assimilate.

Two countries accepted loose Palestinians for awhile. They overwhelmed Lebanon and caused a decades long civil war and occupation by Syria until they were driven into exile by the Israeli army. Those that fled were settled in Tunisia where they thrived (not) until the PLO was allowed to return to Gaza.

In countries that permitted Palestinian refugees to work such as Kuwait, it came as a terrible surprise to the Kuwaitis that the vast majority of Palestinians in Kuwait rejoiced when the Iraqi army captured the Emirate. We saw some of the same joy expressed by Palestinians who laughed and danced with glee while watching the World Trade Center collapse under the hands of ruthless muslim killers. The Kuwaitis drove out all of the Palestinians after the Iraqis were driven out of Kuwait. Our response was much more muted. We gave even more money to the Palestinians and insist that Israel be forced to take in all the descendants of those who left Israel.

As Ralph Peters points out now, Syria is collapsing under the weight of muslim hatred. I suppose some would find it acceptable that at least the muslim killers in Syria eat what they kill but we have to draw the line somewhere. Everywhere in the world where these muslim refugees have gone they have brought with them extreme terror, violence, rape and death. So I just want to know, 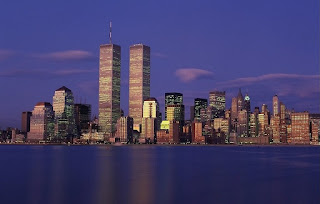