Does anyone remember why we were directed to purge deeply held beliefs from our way of life? It started out small and reasonable but then it began to grow and grow like a cancer. There was the alignment of thought and word with actual deed. Thinking a thing was every bit as evil as doing the thing. There was a movement to rid the world of prejudice. There was a strong court led battle to drive all religion and morality out of the marketplace and the high street because some found even the mention or appearance of God or religion was too prejudicial to their deeply held beliefs.
Now we hold ourselves mildly contented that moralistic religious nuts are mandated and compelled by law to provide birth control and other such baby services for their employees even if it is against the employer's deeply held beliefs. Just how does that happen in a place that placed the freedom of religion right up there with free speech? Although that reminds me that we now happily cave in when other comrades freedom to speak is curtailed because they're off message or saying unpleasant things that 11% of the people are 'uncomfortable' hearing.
An extraordinary number of the things that you learn at your mother's knee are true you know. They're based on the experience of a lifetime. Personal experiences as one grows can either confirm those lessons or open one to new insights and new lessons. But that's no reason to toss all of those first lessons out and start from scratch is it?
I developed a number of rules and maxims that I think hold water and could be used to ferry a little common sense around with. I'll list them here some day. The first time I started actually writing them down was while I was living on a little island off the coast of Kuwait in winter. There is not much to do on a freshly bombed out abandoned island covered with unexploded ordnance, without running water, power, or much in the way of entertainment.
I will share a lesson I learned from my father as I embarked in the military. He had a long and distinguished military career as did his father. What he told me was that I should never strive to be better than my peers but just do the best job that I could. That worked very well. I got a taste of what that looked like on my first ship where a number of things happened to me and for me that did not happen for my peers. At the time I sometimes thought I was getting crapped on. It took me years to realize that the heaviest loads fall on the shoulders of those who demonstrate an ability to carry the load. Sometimes that load of crap of expanding responsibilities means your employer is very happy with your work. Your load may vary :)
When I left my first ship I attended the Guided Missile School in Dam Neck. It was the policy of the Commanding Officer of either the school or the base to have every person working for him furnished with a copy of a little pamphlet called, "A Message to Garcia." It was a not so subtle message about applying brains and initiative and getting the task/job done right. When you read the little 3 page pamphlet you'll find yourself putting those you work with in one of two categories. On the whole, two categories is probably enough since we don't want to pigeonhole everybody. Yet.
So we have come full circle. It is possible to make a judgement about anybody based on facts known to you but the current group think is against extrapolating from the data unless you are a peer certified climate scientist expert in massaging the data to reflect the proper vector and velocity of the statistical model. Then it's OK to extrapolate. After all, you have a mandate and the future of the world depends on it.
It's fascinating to sit here with an actual window on the world and see what there is out there without confining oneself to what the networks find suitable, pertinent and will fit into the 30 minute telecast 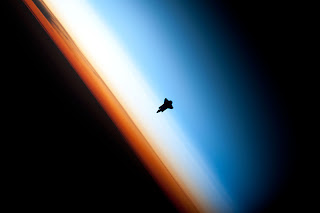 but it helps to have gone out and had a look around.
Posted by HMS Defiant at 12:30 AM