There are more stories coming to light now about the tragedy at our Consulate in Benghazi Libya last year. The dispirited minority in the country are cheered that now the facts will come to light about how our consulate was attacked by organized waves of terrorists and overrun. This will finally convince all the dunderheads in the media and the left that high crimes and misdemeanors are running rampant in the current regime. Sadly, I don't believe that they have chosen wisely.

It's a facade. I've read some of the news reports quoting the deputy chief of mission in Libya and his words don't make any sense. None. Any C-130 transport lined up to support the counter assault mission in Libya is not going to leave without the troops. These kind of passengers DO NOT MISS THE PLANE. The plane was laid on for them to fly or it was never laid on at all.

Ever wonder why the U.S. had both an embassy and a consulate in Libya? A country with whom we had no real diplomatic dealings for decades. A country sanctioned by the UN and thus not on our list of tourist destinations?  Oh sure, it's easy enough to say that the consulate was there to give cover for our legions of spies but don't you ever wonder why our spies need to slip in and out of a besieged, well known, watched intently all the time, surrounded by terrorists, consulate? Oh, it was a listening post for picking up intel on the terrorists in Libya that for some reason didn't want to talk to Americans in Tripoli? If our spy legions had a 'safe' house in Benghazi then what did they need from the consulate? Cover? A bolthole if they ever got discovered? You're laughing now aren't you? I did this sort of thing a few times and setting it up is standard practice and it comes with the authority to use all the deadly force required.

There was other stuff online that I do believe. I believe that the man who bears the most responsibility for this fiasco is no longer with us. It's very clear that he knew that the situation in Benghazi was dire and he did nothing to pull Americans out of there. Nothing. Not one single thing. An idiot would have seen that attack on that date coming months in advance. That was the call of the senior official of the United States in Libya and he blew it. So did the clowns in Egypt. So did the RSOs and so did the AFRICOM and C6F/CINCUSNAVEUR losers.

Those people up and down the line in Libya and without had every chance to do the sane thing and pull in their people and hunker down in one location after they had extracted a signed and well planned strategy for the military to come get them if anything dire did happen. They did nothing.

This too will pass away 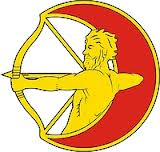