I have inserted a link to a really fascinating article written by Neal Stephenson in 1996 about laying what was the longest wire in history. It was 28,000 kilometers long. They did it for the money that was in it. It is a long vibrant article that gives insight into the net and mankind. It's well worth the read if you have the time.
Courtesy of Wired.com.  What made this interesting for me was that I was living in the Middle East at the time Neal wrote this article and hearing from a friend that the university where he worked had tasked two professors to institute a plan for getting the University on this thing called the 'internet'. The two so tasked were hot runners at the leading edge of east coast IT and agreed to take the task and soon were collaborating........ by mailing floppy discs to each other.....in the mail......through the United States Post Office.
This submarinecablemap.com link takes you to a page that shows the submarine network as it is today. 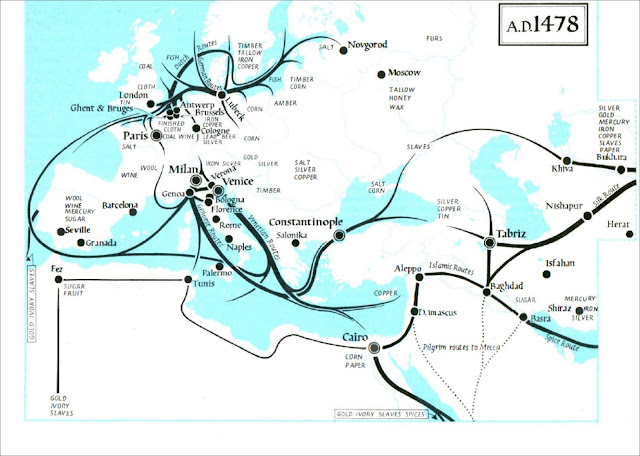 It's interesting how data follows the paths previously taken by trade.