There is nothing so lovely that it will not escape the attentions of the ruiners. The news is filled today with stories about the destruction of a 2,000 year old Mayan pyramid. It's of interest to me that the date for its creation varies between 2300 years and 3200 years ago. It could be a transposition error but imagine the gulf of time that is a thousand years. 1000 BC is the beginning of the Iron Age and saw the passing of the 20th Dynasty in Egypt. It was, from then until the time of Christ, littered with the wreckage of empires succeeding empires from Egypt, Assyria, Persia, Greece, Macedonia and Rome.
The interesting thing to me though, is not that a construction crew destroyed an ancient pyramid for the stone in it to make a road, but the greater destruction that we never think about today. 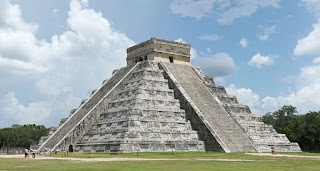 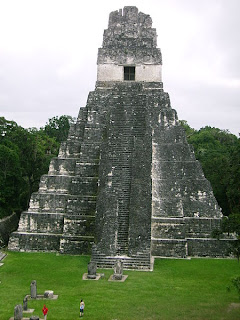 These are Chichen Itsa and Tikal. Nobody really knows what caused these ancient cities to collapse even before the greatest ruiners of the New World civilizations arrived with Cortez. Some say it was war. Others say it was due to epidemics unleashed on an unprepared population and many say it was global warming.

But when I think about ruin and destruction, I now see it perched on the shoulders of a chipper young lass name Luna or Moonbeam who dedicates her life to climbing old trees and searching out signs of inhabitants from the endangered species list so that whole tracts of land can be ordered to lie fallow forever in the name of the Spotted Owl, the Desert Tortoise or the Snail Darter, in accordance with the law. You see, people notice the adventuresome young Green Luddites who would order the world to stand and the sun to remain still for the length of time it takes for a species to evolve into a thinking being and rival to mankind. They see them coming a mile away and nowadays the landowner, in his haste to make good on his investment or to hand down his property to his heirs will poison the very earth itself to keep the greens from finding hide or hair of any endangered species on his land or a puddle that could be construed by some EPA fanatic to be a navigable waterway or protected wetland.  So now, those that would keep all things exactly as they are now and forever, have brought about the ruthless vandalism and destruction of the very things they cherish more than mankind.

I was talking the other day and the subject came up of what survives from antiquity and what does not. Almost all of the worked gold and silver and gems from the New World were stolen and transported to the Old World where they were smelted and turned into coins. That means that most of what we know of the ancient artisans here is from what was gleaned from ancient ship wrecks of Spanish galleons that sank on the voyage to Spain. There are a million other laws concerning the relics of an earlier era. You wonder what kind of fool would let anyone know that dinosaur bones, fossils, pot sherds, ancient temples, wrecked UFOs, etc were found on the land. All of these things and everything else is now claimed by the state. Moving, disturbing, or selling such things is forbidden. So now they are never found...

I toured a number of fine museums in Seoul and many of the display cases were filled with empty shelves with little placards that indicated that this had been a particularly beautiful piece from the Joseon Dynasty or the Goryeo Dynasty. The card briefly stated what it was and that it was stolen by the Japanese.

It's important to keep in mind, 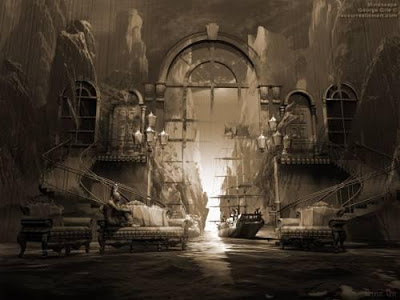