THE MEANING OF WORDS

The West is hellbent on getting its people to totally completely utterly forget that words have meanings and that one's reaction to certain word usage alone can reveal truths that the liberal mind would prefer nobody ever be permitted to say aloud. Such a case happened when a Spanish teacher was fired for teaching the little blighters to say and understand the word 'negro.' The same absolute imbeciles and jackasses that run our institutions of education in America decreed that this was a damning failure on her part and fired her. I suppose one can get by without using the word noir but calling it a film black seems so odd.

I enjoy it though when the weasels run over themselves and forget for a moment, in print, that equating rather horrible behavior exclusively to one race based on the words, 'food stamps' is risible in and of itself. (Strictly by their pallid lights though, not mine.) Mother Jones is in a flap of its own making and I'm sure they're damning any and all who try to equate their reporting the news as anything other than a benign effort to get to the bottom of the predictably racist losers at the non-partisan Center on Budget and Policy Priorities (CBPP).

This bit from wikipedia about the CBPP is hilarious, "while the CBPP claims to be non-partisan, journalists have characterized it as liberal or left of center. Indeed, Robert Greenstein, founder and executive director of CBPP, exclusively donates to Democratic Party candidates and PACS." Truly, it says a great deal about how communist this thing must be if even journalists refer to it as liberal and left of center.

I am willing to accept that the meaning and connotation of words may change over time since indeed they do, but there are very few words that I would hesitate to use in society. I was raised to eschew the vulgar words and so I mostly reserve them for swearing where others hardly ever hear me. But I am still willing to use all the words that Mark Twain ever used or that found their way into any book ever written in my own writing.

The intent of the West in its efforts to get people to forget the words that have meanings that hurt, lost sight of the fact that the words themselves describe what is plainly and painfully apparent to those with eyes that can see the world as it really is. I piss on the idea of hate speech and accept that some people are offended when they hear the truth just as readily as some people are offended at hearing lies conveyed as truth.  The words themselves do no harm. It is the painful fact that associations have formed around the words that give them meaning of and by themselves that offends people.

The losers waving the signs ordering the instant beheading of those that offend islam are a case-in-point of the harm that truth does to the stupid who believe that nobody has the right to free speech.  I think most of the retards on the left see those losers as extremists, but from where I stand? Those that would fire a Spanish teacher for teaching kids how to say 'black' in Spanish are indistinguishable from the muslim scumbags. 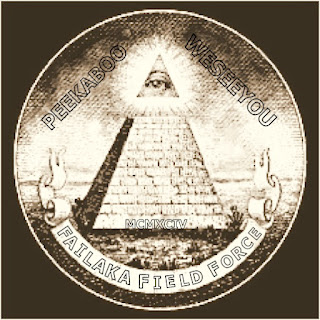 We will know them when we see them.