Former foes find common ground in Moscow says Ministry of Truth
6:30pm EDT Dana Hughes (@Dana_Hughes) in Moscow, Russia
After a very long day in Moscow, one issue both Russian Foreign Minister Lavrov and Secretary of State Kerry agreed on was the unacceptable threat of chemical weapons use.
Kerry tied the decision over whether to arm Syria’s rebels, which has some bipartisan support in Congress, with the outcome of the administration’s current investigation into allegations that the regime has used chemical weapons.
“President Obama has ordered an appropriate, careful analysis of that evidence and I think the Congress will look very carefully at the results of that analysis before they make any judgments going forward” he said. But Kerry also maintained President Obama continues to reserve the right to use force if the chemical weapons “red line” is crossed.

Can't you see it now; Bush lied someone died. As I recall that was in response to the overwhelming proof that the world had that Hussein used chemical weapons and had chemical weapons (ie weapons of mass destruction). So what's a Trotskyite who happens to be running America to do if it proves out that Assad and his merry band of killers are or were using chemical weapons to wipe out the even more evil bands of killers roaming Syria?

I hope he puts the same skilled analysts that are investigating whether an oil pipeline running from Canada to the U.S. is safe, workable and feasible. They've spent four years investigating that wacky idea. 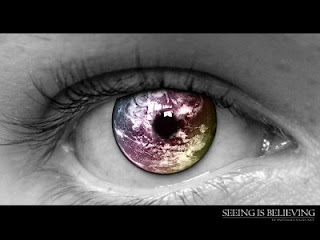 If you stare into the eye long enough, it blinks.