It looks like the Iranian showmanship in the Persian Gulf has attracted the eye of the President. He put this out today. It couldn't be clearer and reminds me of the first set of Middle East Force Standing Orders I used to read on my first ship in the Gulf. They were required monthly reading by officers of the deck, junior officers of the deck and the combat information center watch officers. You read them and initialed the book and the Navigator and XO followed up to make sure everybody was current. In my first 12 months in MIDEASTFOR they never changed an iota and read pretty much just like this by President Trump:

As I remember the old orders, the Admiral's Standing Orders read, "I do not intend or require you to suck up the first attack. If they demonstrate hostile intent, open fire." That was one of the reasons what happened to USS Stark was so galling to me. If they'd read the orders and understood them, that never would have happened....but they obviously didn't or totally failed to understand them. They thought they were off the coast of Texas instead of patrolling  in an active war zone in a place called Radar Picket Station North. You'd think the mere name of their patrol area would have conveyed something about the dangers from armed fighter/bombers on the loose and the reason for RPS North. 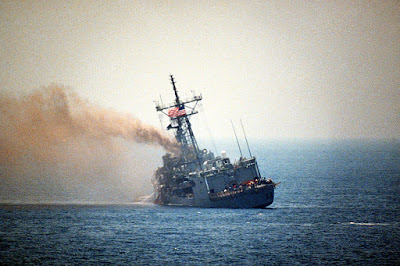 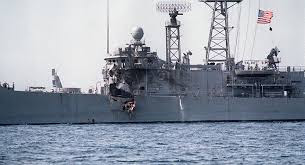 The rules never changed that I recall under Joint Task Force Middle East and to be honest I never had occasion to read them when I was at NAVCENT/COMFIFTHFLT.
Posted by HMS Defiant at 6:30 PM