I see the Navy has taken appropriate action today and fired the Commanding Officer of USS Theodore Roosevelt.

The officer that he worked directly for was right there next to him at dinner last night because I don't believe our carriers put to sea anymore without a Strike Group Staff commanded by an admiral somewhere on board. Conditions were satisfied when he told the Strike Group Commander what he thought was necessary. The captain knew he was sinking his career by taking the action he did to tell the whole world that Big Navy was being mean and not letting him land 5000 possibly contagious people on a beach somewhere with access to 20th century medicine and plenty of isolation. I'm not sure how he thought Big Navy was going to pull that rabbit out of its arse overnight. 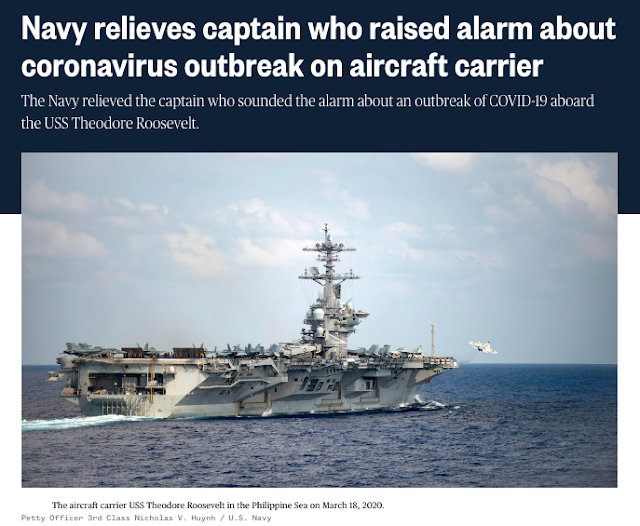