We were able to catch our first stellar phenomenon since the last transit of Venus. Ever since June of 2012 whenever there was anything interesting in the heavens all we got was clouds and rain, usually at the same time. It didn't matter what it was, super moons, meteor showers, UFOs, whatever, it was overcast here in metroparkcentralis. We nailed the transit of Venus though. We had our chairs set up on the shore of Lake Erie and a welders glass and drinks and were all set when on a beautiful clear day we saw something that won't happen again for another hundred years. Lucky, that's us.

What we saw Friday night in the warm embrace of our very own backyard chairs was Venus in the Pleiades. It looked just like this from where we were sitting with our big eye binoculars. 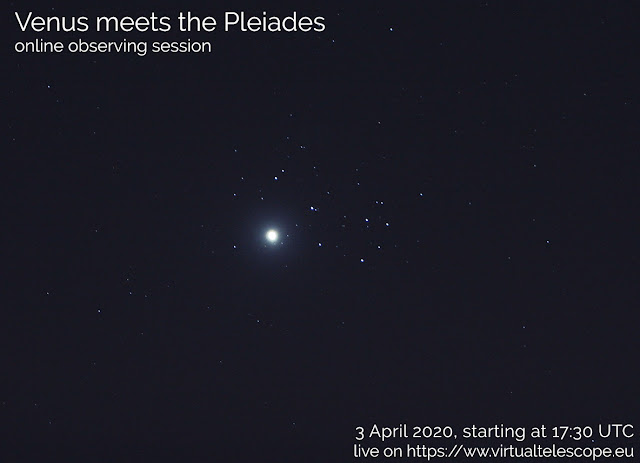 About the only other thing we've been able to see up there from time to time is the International Space Station zipping overhead and we only ever see that from our dock in Maine.
Posted by HMS Defiant at 6:30 AM