One of the things I got to handle on the staff of Naval Forces Central Command was the occasional diplomatic clearance to get certain ships into ports in the Middle East. The ones I handled were the explody ones. As I watched the explosion yesterday at the port of Beirut I was struck by the memory of putting into the works requests to foreign governments to play host/allow certain ships into their ports. The ships I had a hand in were the ones with something called Net Explosive Weight of roughly 1,000,000 pounds. The Marines were thorough and had a nice little graphic that showed the impact of a devastating explosion of more than a million pounds of ammunition so we could be sure to park these ships well away from the civilian infrastructure. You know. Just in case.

I find it hard to believe that the Lebanese authorities took 2750 tons of ammonium nitrate off a ship and negligently and stupidly stored it in their primary seaport for 6 years. That takes stupid to a whole new level. This violates all the rules, even my own. As I wrote elsewhere, you need to the know the rules and be especially vigilant and careful when you knowingly break them. That process broke down in Beirut and I think I know why. Nobody was to pay too much attention to what went on there so the Druze, muslims and christians would be able to meet their needs without some busybody poking their nose where it didn't belong with the result that nobody was responsible for the safety of the overall port.

I did port surveys up and down the arab side of the Persian Gulf and North Arabian Sea and in each port I met with the Port Director who was accountable and responsible for all activity in the port. I don't think Beirut had that guy. Still, there is an enormous difference between 500 tons of munitions and 2750 tons of high explosive. What the hell was that guy thinking who knew about it and left it there for 6 years? Lebanon used to be the gold standard for allegedly civilized men not giving a damn about their fellow man but over the last 30 years they were brutally surpassed by the Serbs, Bosnians, Libyans, Chechens, Iraqis, Syrians, and of course the Iranians. Still, that war was over 30 years ago..... Or was it?

At this hour on this date I kind of wonder if that was Soros' stash and he was holding it for when he decided to put a ship up the Hudson or the East River.

You see the nature of the problem now don't you? We can have a 350,000 dead weight tonnage ship show up in any of our seaports and do this thing and you won't know it until it explodes. Imagine, 200,000 tons of ammonium nitrate showing up in Brooklyn. You probably don't want to be there. Did you ever ask yourself, just how do you stop a 300,000 ton ship? You're not going to do it with a machine gun. I kind of snickered as we deployed security teams to KAOT and ABOT. All they deployed with was machine guns and perhaps some grenade launchers. 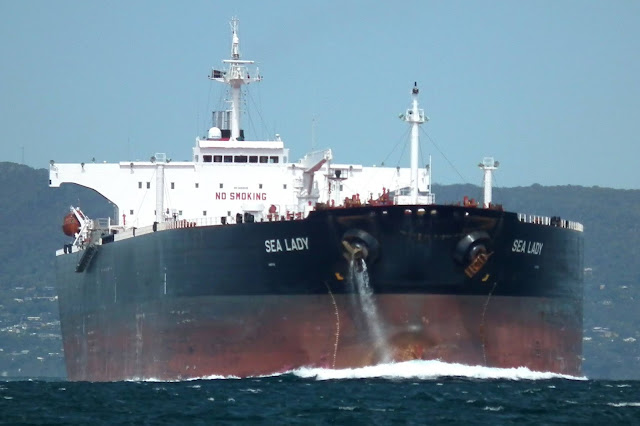