EXPECT FIRE SHIPS AT THE NEXT ONE

I saw an article the other day about Trump supporters holding boat rallies on various lakes and rivers all over America and was struck by how many boats and boaters came out to show support for the President. One of the things that struck me was that these are rallies the vile BLM and antifa really can't affect with their bigoted antics. It's hard to block a lake or river. On the other hand, history does give us some instruction about blocking rivers which is one of the little things we did on the Hudson River at West Point and other locations along the river during the Revolutionary War.

One of the tactics I expect to see deployed for the next set of boat rallies is a return of the fire ship. These have been a staple of naval warfare for hundreds of years and if there is somebody stupid enough to try to employ them in the modern age that would be the morons of BLM and antifa. A boat with a motor is a bit more responsive then a massive warship at anchor or under sail. So even though the idiots treat fire like it's their friend, it isn't all that effective against small maneuverable motor boats and most boats have motors these days. The last time I recall the morons messing about with boats was when Sean Penn was getting underway in a skiff to go rescue the poor drowning victims in New Orleans and forgetting to put the drain plug in the little hole in the boat and having his boat slowly fill with water under him as he struggled to save a cast of thousands after the storm also there was that strange person who kept raving about New Orleans and kayaks. I was in Korea at the time but this was a staple of my breakfasts there since the mess hall had cable tv. 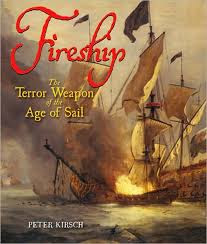 Putting antifa and blm in boats is probably an excellent way to get rid of both of them. It's not like playing in the street where most white folks will stop for their antics.  If they play those games on the water and go in the water I'll bet 80% don't know how to swim and there is "no duty to rescue" so hopefully the flotillas of Trump supporters will give them time to bathe properly before they rescue them and yes, we know that the kind-hearted people who support Trump will rescue them, dammit.
Posted by HMS Defiant at 3:57 PM