THE LAST INKLING HAS PASSED AWAY

Christopher Tolkien, a World War II veteran of the RAF,  was the last of the group of writers featuring C.S. Lewis and J.R.R. Tolkien and he died on the 15th of January. I read The Silmarillion but never really progressed to the rest of the history of Middle Earth since I found the territory I covered in The Lord of the Rings and The Hobbit to be enough. I have most of them but I've never found the time to read them. One might say that about the thousands of books lying around here.

I would have paid money to buy them rounds to hear them talk but grew jaded in later life after listening to some authors talk, online, and came to the conclusion that many of them talk in the hope that others will pay to shut them up.

I've been to one author's talk to be honest. It was by serendipity that we went to our local B&N to find them hosting little known author Larry Correia, just by chance. Interesting talk. I haven't even attended my own sister's book talks at book stores near here. Maybe one day. She is never boring and writes well enough. You can guess that we might have been exposed to the same author influences growing up and you'd be write. Yes, I meant to do that. Oh, and I also attended an author's talk by this guy at the Army and Navy Club with the old man. It was a fascinating talk. You'd enjoy the movie at the link. 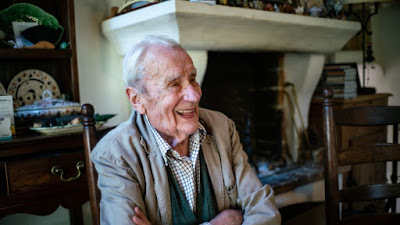