....stepped into the clearing at the end of the path. A good man named Jim.

He was the last of the men I respected in his profession. I spent many years watching his show for the news I didn't read on the siprnet. I actually went to WETA to meet him but he was out that day and since DC is not my home I never made it back. I did make it to his office there, an eclectic place as befitted the man. He had some rules I find worthwhile. Would that other people who style themselves as journalists would abide by them. 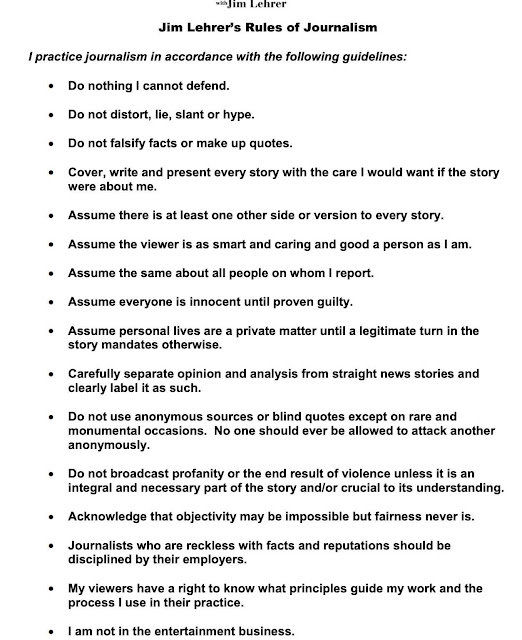 
Lehrer attended Victoria College in Texas and later studied journalism at the University of Missouri. He served three years as an infantry officer in the U.S. Marine Corps.