The Senate Democrats are giving it all away.

The Examiner on recent nonsense and foolish stupidity arranged by Senate democrats:

"For example, for those [police] who are currently serving, refresher courses and sensitivity to minority populations and things. No, I'm not for cutting it," said Durbin, an Illinois Democrat.

Screw that! Teach them how to get along with the police.
Chris Rock has a few videos that bear on the current situation as we resist the rise of the new black power movement. 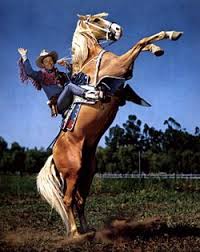 I was going to skip the second video but I got to the part where he is describing where blacks are and where they are not and he said that there aren't any in Minnesota. It is to laugh.....

Be a little careful out there. This sign was ordered painted on the street near the White House by the Mayor of Washington D.C.. The riot phrase on the left in full reads, black lives matter and as you can see, the mayor of the District of Columbia believes that means that we should no longer have a police force to protect us from the mob. It's kind of like what happened in Great Britain over the last half century where the police arrest people who use strong language or disrespect immigrants or muslims but couldn't care less about gun and knife wielding felons and any they accidentally catch are promptly released by the courts on personal recognizance with a strong warning not to do it again. Like that works.

There's a powerful but stupid and ignorant movement sweeping the urban core and just as it swept through the groves of academe and didn't leave a conservative or real American standing and just as it swept through the media, it is now trying to take hold of the hearts and minds of the ignorant folks that never made it to college, those who graduated from college and those that never had an original thought in their lives and dropped track when forced to learn critical thinking after the course of instruction was hijacked by people devoted to teaching a stupid theory of critical race theory which blows true reasoning out of the water not by the superiority of its shallow vapid arguments but by the even simpler tool of not allowing anyone anywhere permission to speak or write against it.
Posted by HMS Defiant at 3:12 PM