THE TWENTIES, CLOSER THAN YOU THINK

I like this picture of young rebellion. I vastly prefer them to the current crop of rebellious youth. 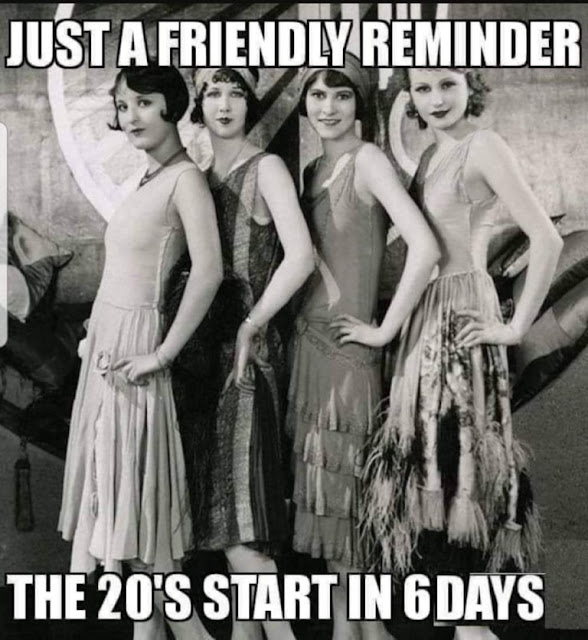 I was also reminded that we are coming up on the 20th anniversary of one of the nation's most forgettable wars, The Y2K war came to a resounding fliffle on 1 January 2001. We at SPAWAR struggled mightily in your defense for almost a year to ensure that come January first there would be no news of note other than holiday celebrations that went bad. It wasn't a big problem for me since my program was purely the Inshore Boats of the USN and their only connections with the rest of the world were thoroughly covered by the serried ranks of the GPS boffins and the radios were also the purview of legions of carers who made sure that the radio spectrum would continue unabated as the new decade, century and millennium crashed over us. It goes without saying, we won.
Posted by HMS Defiant at 1:40 PM