Her Imperial Highness, Saint Hillary, collapsed today in front of millions who were watching the commemoration of the 9/11 massacre in New York City. Press fails to notice. However, we have the Daily Mail in the United Kingdom that offers far better and more comprehensive news of America than any newspaper or media outlet in the United States.

Watch the video and weep for a nation of sheep who would elect this lying deceitful criminal harpy as president. 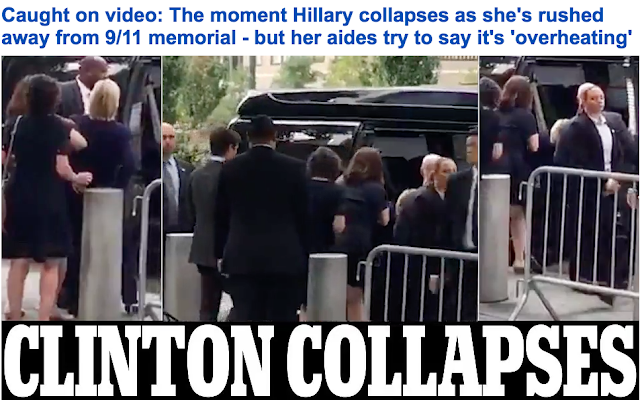 UPDATE: This explains matters to my satisfaction. Hillary has some explaining to do.

Posted by HMS Defiant at 1:51 PM
Labels: American royalty, bright and shiny as the truth