We here at Defiant are happy appropriators of all that is best and good. We like fine wine, attractive houses, nice people, melodious voices and cats. We also like things that people built here back when beauty was still in fashion in architecture and the world held competitive exhibitions and World Fairs. We only went to the one fair in New York and we were terribly small at the time and have only the dimmest memories that probably aren't real, but we lived in New York back then, so of course we went.

I see that Egypt erupted at some point over Chinese dare devils who created themselves a near exact life size copy of the Sphinx. We can't have that said Egypt and went to some world body or other that controls things like human rights, the price of anchovies and the great cultural appropriation scam. They objected, most vociferously, to the Chink Sphinx. In your drawing books you can color me stunned when I read that China dutifully knocked to pieces the great fake sphinx.

Closer to home we have the things we took from our heritage. Being American, we have the entire world to select from and refine as 'our' heritage. I kind of like it all. I don't believe any American outside the Department of State would even hear the faint little bleating of outraged old world types if they did object to the little things we made and treasure. Some of them were made, at first, out of paper and tinsel, but the civil liked them enough after the World Fair, Pacific-Panama Exhibit or other giant festival to make them real.

Art is an ideal. It turns up wherever people have ideals and a copy is still the highest compliment.

I happen to like the Palace of Fine Arts so I threw it in. I don't see how a Sphinx in China hurt Egypt or Copts in the valley of the Nile, much less the Egyptians dwelling on the shores of the Red Sea or the Sinai.

I suppose if 90% of your national income derives from tourism, not counting the billions of $ in aid the United States sends there every year which is matched by petro-emirs in Qatar and Saudi Arabia, I guess you can be expected to throw a hissy fit when somebody fakes your sphinx. I wonder how their suit against the Luxor worked? 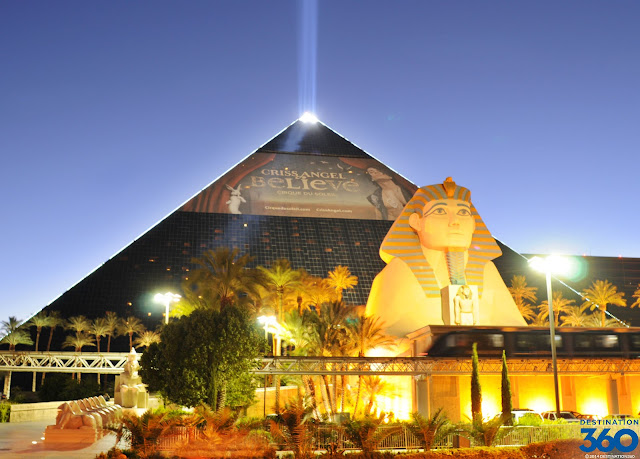 Posted by HMS Defiant at 2:01 AM
Labels: civilization, Voodoo and Legend