THE LOST WERE FOUND

Astute readers are aware that my glasses experimented briefly with flight two weeks ago. They're not terribly aerodynamic which doesn't even slow them down when they feel the call of the wild. As I surmised, they didn't get very far and it was just a tedious matter of beating the bushes most carefully for a few hours in order to track them down at the end of what could only be described as a ballistic arc. I just had to wait until all the snow and ice melted. I enlisted a helper today since it was a glorious Spring day and test dropped two other pair of glasses out the same window. The results indicated that roughly a quarter of an acre of land needed to be searched. The third test article was never seen again. 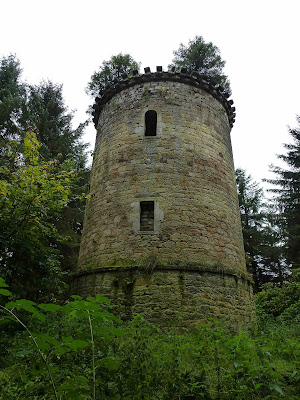 I don't think that's poison ivy but my track record at identifying poisonous and carnivorous plants is about 10 to 1 against.
Posted by HMS Defiant at 3:00 AM