A GLIMPSE AT REALITY 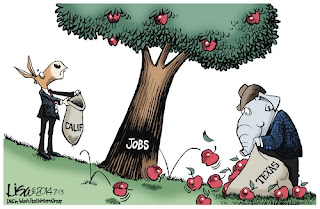 Of course, those who believe they have a right to your stuff also insist that life was doomed over a decade ago due to man made global warming.  Not would be doomed. No, their projections showed that we'd all be dead and gone  by now. Now those same frauds are hard at work to make criminals of anybody who objects to the unwholesome made up facts behind their syents.

The Green Party still dominates swathes of Europe. They came out with an ad six years ago that defined their intentions. They were more forthright than Obama was about shutting down the coal industry in America. They very fairly showed what they expected would happen to people who didn't go along with 'saving the planet.'

This link quotes Swedish Green Party secretary Anders Wallner, "What Nicander says is something that we take very seriously. Extremism has no place in the Green Party." He was just talking about his party being overrun by the muslim brotherhood and behaving just like them.

How to Cut Carbon Emissions (1010 No Pressure) Sick! from Truth Mongrel TV on Vimeo.
Posted by HMS Defiant at 12:50 AM
Labels: Just Say No, Orcs, Stupidology