There are things that are too damned dangerous to move. Even those carefully stored by the United States Army were deemed too damned scary and dangerous to move out for destruction and so were destroyed in place at the arsenals where they had rusted away for decades in ammunition bunkers. I'm not talking about little scary things like rusty nuclear weapons, I'm talking chemical munitions made by the lowest bidder or, in this case, by imbeciles and madmen. Are these weapons the ones made by Saddam and hidden from the New York Times in Syria and now trucked back to Iraq? Or, are they Syrian chemical weapons shipped off to the hated Iraqis for safe keeping? It's so hard to keep up with arabs when they innovate.
In keeping with the title of the post 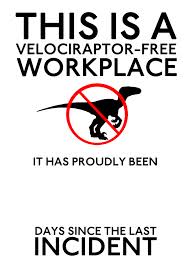