I've been wondering for some time why there don't appear to be any programs seeking to deliver active radar countermeasures designed to defeat radar detection and tracking by using signal processing and electromagnetic wave-cancelling technologies. The science has been around forever. Barring the ability to truly null the wave I don't see why we don't have some awesome systems to generate range-gate and speed-gate pull offs that would result in continuous failure to track. But then, we've got pulse-Doppler, continuous wave, and track while scan systems out there that all need to be blanked or spoofed and my favorite mode with radar guided missiles was 'Home on Jam'.* Who doesn't like jam?

I can still see the old WLR-1 from 40 years ago and next to it was the current generation of Electronic Warfare system, the newer SLQ-32, which automated the detection and bearing resolution of threat emitters. So, that was 40 years in the past. What has replaced that kludge? You'd think it would be something pretty damn devastating after this amount of time and given Moore's Law it would fit in a shoe box. Obviously the antennae would add volume but remember too that 40 years ago a satellite antenna was gigantic. Nowadays almost every new car has XM satellite radio and a conformal, almost invisible, omnidirectional satellite antenna.

If you want to buy a perfectly good airplane and you want it to be invisible or immune to radar, why can't you just bolt on another black box and a couple of antennae? 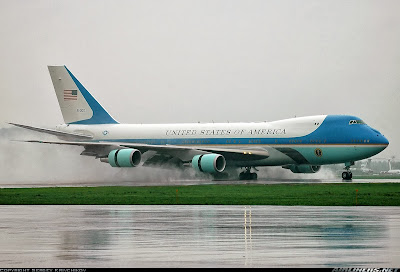 Nice infrared signature you got there!**

*In this mode, the missile guides toward the biggest source of electromagnetic activity and kills it. Active radar jamming in too close can be very hazardous.