TAKING AWAY LAW AND ORDER

We hear from our charming Congress that perhaps the power that the Uniform Code of Military Justice and Manual for Courts Martial gives too much leeway to be allowed to remain in the hands of military officers who are too timid and hidebound and who fail to comprehend that the law serves first the political objectives of the ruling class.

I can live with that and so can you. You won't like it though.

The legislators (2 or 3) were utterly outraged that the Convening Authorities for a couple of Courts Martial, tossed out the verdicts after the awe and splendor, not to say panoply and dignity of a full blown trial with Judge and Jury. They believe that this sort of high-handed unbridled contempt for the law by two officers acting with the full authority of the law, compromises national security and the laws must be changed to take away such egregiously abused authority.

OK, I'm laughing too hard to really type this. What is left unstated is that nobody at all in the military at any level wants to have anything to do with the court martial aspect of the law because that is unbelievably painful and time consuming and it fails on almost every level to deliver swift justice, good order and discipline. Simple matters that are indeed low crimes can be handled expeditiously at Captain's Mast and have been for centuries. This isn't good enough anymore because the myrmidons are too appallingly stupid to understand that women don't like to be groped, harassed, attacked, etc. Well, nobody does. We used to try to deal with those at CAPTAIN'S MAST.

One of the differences between Captain's Mast and Court Martial though is this; you can be processed, found guilty and disciplined fairly severely in a day using Mast. If you try the same case in a court of law then you need to have actual evidence which is not required at Captain's Mast oddly enough. You need to have actual bonafide, certified, licensed lawyers to represent the accused and the military. You need an actual judge. You need all the witnesses to appear for the prosecution and defense.

Let me cite two such cases lately in the news of the realm. There is the case against Private Manning who delivered hundreds of thousands of classified documents to the entire world because he felt like it. That little weasel was arrested 3 years ago. Yesterday his case finally went to trial.
The other open and shut legal case is that of Major Hasan who shot and killed 13 people and shot and wounded 32 other people at Fort Hood when he reverted to type on 5 November 2009. As you can see from the Timeline for Hasan Judicial Process, this case has not yet gone to trial.

That above is the price of justice the way some Congresswoman wish it to be although I suspect that they'd prefer some nicely trained little commissars who, like the muttawa, are not bound by any law or regulation or decency but act with the full authority of the State, as they see fit. You can see from all the forgoing why any sane officer runs at the words Court Martial or JAG. We have a mission to execute and odd as it may sound, our mission is incompatible with almost every single aspect of Military Justice as practiced in the MCM. Oh yeah, we'll screw our courage to the sticking point and do it, painful and wasteful as it is, for the tiny handful of cases that merit such overkill; rape, murder, mutiny; serious no-shit crimes. We just don't see any utility in doing it for he said/she said cases or where the complaint is lodged with the command a year after the facts in question are alleged to have happened. 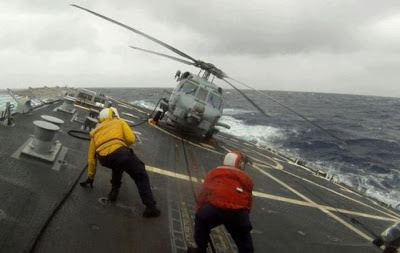 I realize that this sounds cold-blooded and it is. Ships and squadrons deploy all the time. How do they send back to the U.S. all the witnesses for a trial that may last months? Same for the Army and Air Force. It cannot be deferred because the accused is actually entitled to a swift trial even if his actions or legal counsel's actions strive to delay it as long as possible. The military isn't permitted to say, "wait a year or so for us to return from deployment."

This isn't total ignorance you're reading. I've been on every side of the military justice system. I was ship's legal officer on my first ship and set up a number of Captain's Masts. They were uniformly swift, effective and enhanced good order and discipline. I was, on the same ship, written up 5 times for infractions of the UCMJ by the First Lieutenant and Bosun. We proceeded to Executive Officer Inquiry and each time I was excused and painful strips were torn off my nemesis for being willfully and persistently stupid.

As a Commanding Officer I held Mast and even referred one case to a General Court Martial. In my last command, as acting commodore I initiated the legal process that led to a quite infamous court martial of which you may have heard. In between I was an Investigating Officer, and served as XO who held XOI, and member and senior member of Administrative Separation Boards.

It may seem that Captain's Mast cannot hold people sufficiently to account for the crimes they do. This is true. That is why we have the MCM. But consider, first and foremost, we don't want this sort of behavior at our command. We want it gone. Mast gave the Commander everything he needed to deal with dirtbags and THROW them out of the service immediately. There was also the brig, and bread and water and restriction and extra military instruction and forfeiture of pay but the real benny was getting rid of the dirtbags instantly. And that's what we did with them.

I think that the current system we have works well enough. It has flaws because all things have flaws but they are usually minor and do not result in any great injustice. I prefer it to the more widespread application of the LAW or the imposition of commissars.