At the flag and general officer level it is all politics. There' no point in debating it. It was always that way. It took merit above and beyond to make it the first star but that's just the prelude to a long climb up the slippery slope of raw politics.

Pity the USAF who have just eviscerated themselves....with a little help from a harpy in the U.S. Senate. This tragedy was nominally about an Army 2 star in Japan who was relieved a week early   for "allegedly failing to report or properly investigate an allegation of sexual assault, the Army said Friday."

Set that poor bastard aside since this is the news and they seldom get the facts right anyway. Consider the second half of the article that addresses the Air Force office formerly run by a Lieutenant Colonel who was allegedly assaulting women and beaten up by one for his troubles. That office is now to be led by "Maj. Gen. Margaret H. Woodward, who ran the U.S. portion of the allied air campaign over Libya in 2011 and is one of the Air Force's brightest stars. A command pilot with more than 3,800 flight hours, she flew aerial refueling aircraft and commanded air operations in numerous U.S. military operations, including the Iraq and Afghanistan wars. As commander of 17th Air Force, based in Germany, she commanded the U.S. portion of the allied air campaign over Libya in 2011. Most recently she served as the Air Force's chief of safety."


What a slap in the face for a fine officer.

What was the harpy's involvement? She "remains steadfast in blocking the nomination of Air Force Lt. Gen. Susan Helms, tapped to serve as vice commander of the U.S. Space Command, over serious concerns with Helms' decision to overturn a jury conviction in a sexual assault case." 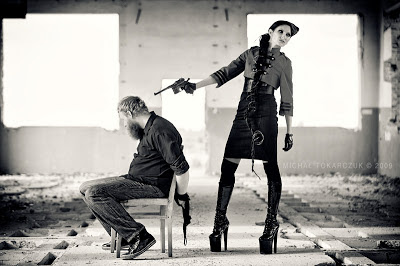 Everybody put your hands together for our new Commissar!
Posted by HMS Defiant at 2:23 PM