THIS WAS OUR WORLD NOT THAT LONG AGO

I had reason to read again about our first and seond raids on Germany. It's hard to imagine in this country where each lost soldier is accounted a hero that this was just a day's loss in a war we did our very best to stay out of in spite of our rulers intentions. We didn't jump into a war in Europe again for good reason. Nothing changes but the names of the ruling class. It took the Japanese to force us into war again. We'd had enough by then. 77 bombers shot down in one raid, where they went to blow up the wives, girlfriends, fathers and children of the armed forces. 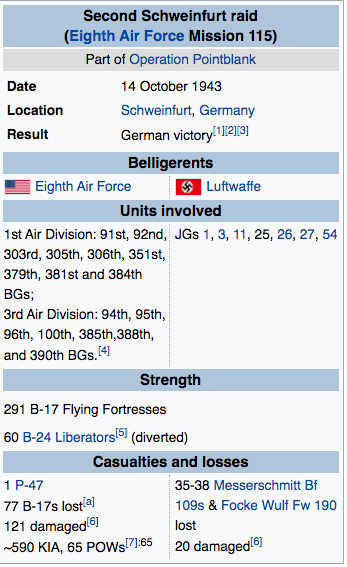