I was reminded today of how the governments used to clear the mobs from the street back in the good old days. They started out with soldiers and then found that mounted charges with cavalry worked much more efficiently and the horses got a good workout and it got the lazy scrotes out of the barracks so it was win win. Then an enterprising young man of artillery came up with the novel idea of using cannons. Life was different after that. We got the Levee en masse, the column came back after millenia of disuse and then the line conquered all as the reach and accuracy of rifles and muskets began to dominate the battlefield for a full century without the horse boys noticing. It's almost hard to believe that a number of countries in Europe and even the United States had extensive formations of cavalry at the outbreak of World War II. Any sane observer would have thought them doomed after 1914 but then nobody ever said they were smart.

To be honest, I tend to feel the same way about helicopters over the battlefield in this day and age. Against savages they still take losses. Against a peer or near peer they will be slaughtered. What do you think? 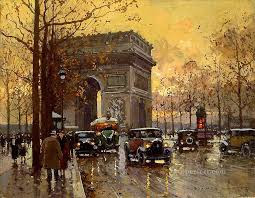