I tend to claim to blog while really just falling asleep and dreaming. I read history. I dream of things like ships to the new world not sailing from harbors in Lisbon or Spain but from the Barbary kingdoms and what kind of a world would that have created. It would be very different but nobody knowing the real powers of the world back then could claim that ours is better.

There is a school of thought that claims, probably rightly, that all we know of civilization owes to one place and perhaps not more than a dozen people.

There were epic civilizations throughout history. Scores of them. There's a valid reason the old ones did not prosper or survive. On looking at the current news, I suspect this one won't either. You either are civil in law, thought and deed or you are not. All that was the West is falling away from civilization as I know it.

That's OK. There were a thousand civilizations barely known by me. Perhaps the world will try another path.

For those who follow, there was a whole series of books about it. 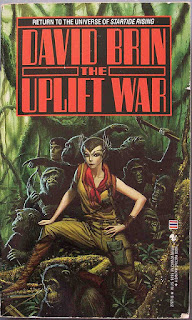