It is the nature, the fundamental nature, of an Army to break things, all things. This article was interesting on that topic. The military in a successful country does one thing very very well. Focus. Taking a team of 19-22 year olds and making them focus isn't hard. It's been done forever. But reading the article made me remember flying a huey from Cairo West to Mubarek Military City and meeting a young captain of the Army who was battered, broken and bruised. I asked him what happened and he told me.

"Sir, I was punched very hard in the back of the head at 3 a.m. this morning by a sergeant who punched me all the way down a flight of stairs because I stepped out of my room to go to the head  without all my 782 gear and helmet." Focus is important. For some people it takes real concentration to keep it and stay focused. I worked with the other kind of people for whom focus was merely a knack used as needed. The Army drilled focus into the heads of their NCOs for a time. It tended to show and not just in the NCOs.

Two of the best officers I ever worked with were in Qatar. One was an Army captain the other an Air Force LtCOL. They had focus you would not believe. I was pleased to carry down silver chickens for the LtCol as a gift from the Admiral on my last flight into Qatar because the Admiral was the kind of guy who had focus and if that meant scanning a week old copy of Air Force Times and maybe seeing the name on a promotion list of the military liaison in Qatar, he did it. ADM Fargo had incredible focus and so did every other Admiral I worked for. The meaning of the gift may not seem real to people not in my former line of work. In Bahrain, we had a little military store and it sold things like military insignia and Air Force or Navy collar rank emblems for an 06 is sort of a chicken. You should see them in the Pentagon, there they are incredibly shy and retiring. There was no such store in Qatar. There were, after all, just the Colonel and his deputy, the Army captain and a staff NCO of great antiquity putting in a complete prepositioned brigade of armor in plastic bags. (minus the soldiers of course)

The moment you find yourself with an NCO who thinks nothing of using his fists and beating on anybody not the enemy, you need to get rid of him. The Army of the United States promoted that sergeant time and again and he thought nothing of punching an officer down a staircase. What the hell was he doing to the Privates and PFCs?

I remember the image and story like it was yesterday. I can't remember why the Colonel I was working for at JTF A, let me go. It was no boondoggle.  It was business. None of us wanted to fly in the shitty helicopters belonging to ARCENT.  It was not my first ride in a helicopter. It was my first ride in a helicopter featuring a 59 year old CWO who spent every inch of the way telling the 24 year old pilot, "wire, wire, wire".  The ride back down to Cairo West was memorable. We flew within a few hundred yards of the pyramids in Giza just as the sun was setting and backlighting them below us.

Yeah, this page belongs on the other page of the blog and will find its way there in due time. I might include focus. There is an author who wrote some books on the subject. It was not his best work but I really enjoyed the Programmer-at-Arms. 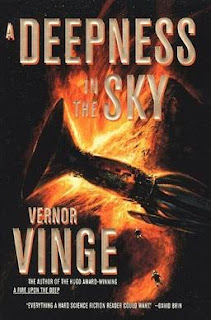 If you read the article it may shed light on your thinking of the military. I am the son and grandson of career military officers. I remember a watershed moment with my father over a little thing called discipline. He had made a comment about a West Point classmate who attained the rank of general in the reserve. My dad said, well, general in the reserves.... His former classmate didn't talk to him again for years. I explained something to my dad,

In the US reserves, those guys and women are only there because they want to be. There is no force holding them to the sword, no law that forbids them to leave when they wish. They stay involved out of all of the reasons you stayed but they have no obligation anymore to work under shitty crappy officers and when that happens you can watch them pick up and move next door to a better run outfit that doesn't feature absolute total assholery. You want to find someone who actually knows leadership, try it with some people who don't enjoy the binding power of the UCMJ to force the no longer willing subordinates to stay and suck it up.

We didn't, we couldn't, tolerate shitty NCOs or JOs. If we did, our manning would drop instantly. You'd be absolutely amazed by the number of people who didn't ever understand that. In my last job as OPS for our country's expeditionary security forces I was sending reserve security units with people I had known for over a decade on their 7th deployment to the sand. All of our deployable security units...............were in the reserve. Admirals truly hate to hand guns to sailors. They spent every year after the Vietnam War trying to hide it.
Posted by HMS Defiant at 8:41 PM