AROUND THE WORLD IN 42 DAYS

It's hard to imagine going that fast that long sailing alone around the world.

We recently sailed from New York City to Southampton and it took us a full 7 days at an average SOA of 22 knots to cross the Atlantic and the Atlantic tis but a puddle compared to the Indian and Pacific Oceans. That's roughly how fast MACIF sailed every hour of the voyage for 42 days.


I once sailed with another person from San Diego to Cabo San Lucas, just over a thousand miles and I was wiped out by the 5th day. On the other hand our Kettenberg had oil lit running lights, a chip log, a 100 year old navigation chart of the area and an old copy of Charlie's Charts. That was the sum total of our navigation equipment. There was no auto-helmsman or any of the scary new-fangled stuff aboard. We were the equivalent of Joshua Slocum but without so many sharp tacks. It was mostly downwind all the way. (there are a couple of puns in there that the discriminating history minded sailors will pick up on) 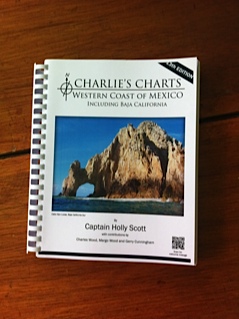 Since there are very few operational navigation aids on the Baja coast, we figured we were safest about 100-200 miles offshore and out there we could hail passing commerical ships and ask them if they knew where they were and if they would share that information with us. They were all most obliging. On the other hand, all we had to do to find Mexico again was turn to port and keep our eyes open.

I look forward to reading more about the voyage when Francois Gabart writes it up and publishes it. I might have to dust off my French.
Posted by HMS Defiant at 11:54 AM
Labels: sailing, Shipping news, Style and Grace