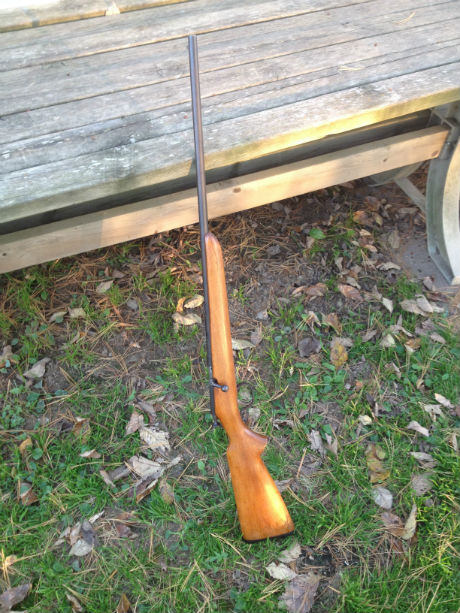 said the main-stream news expert on firearms. Srsly, they have powers of observation frequently observed in blades of grass. One has to wonder if they ever report anything factual, truthful or honest. All of them somehow failed to notice that Hollywood is run by powerful men who hold the power of fame and stardom in their pants and have never done anything but gush about the bare minimum actresses adorn themselves with clotheswise while carefully never mentioning how the rich and powerful moguls always seem to have some young starlet on their arm at all those Hollywood self-congratulatory celebrations where they give each other prizes for some fairly dismal performances.

Wouldn't you think there would be some years in the history books where they got together and decided absolutely nothing at all that year measured up to the standards set by winning films and artists in previous years? Yeah, it would never occur to them to wonder. They lost their sense of wonder the first time somebody took them aside to explain why that actress kept saying such nice things about that producer even though it was widely known that he was a rapist.

I see Mark Steyn in now enjoying his sixth year with the DC Courts as he waits for them to get moving on the case launched against him by that titan of mistruth and misdirection, Mann. I don't know that the wheels of justice turn at all anymore in this country unless they are well lubricated with the blood of innocent, but poverty stricken defendants, who could not get out of the way fast enough when the law came knocking.

Watching the dismal show of some of the most venal self-serving chief lawmen to ever live in this country while they "investigate" Russian collusion with the Trump campaign even though they winked at and totally ignored the total corruption of the democrats and the Clintons in the Uranium fiasco is getting hard to tolerate anymore. I think Comey, Mueller, Rosenstein and all their loyal assistants need to be rounded up and confined for a very long time for fraud and abuse of a public animal. God knows they've disgraced the donkey that hired them and they are totally failing to kick the ass they're investigating. What a pathetic herd of scum.

We used to be better than this.

I daresay most of you have noticed that the picture above contains no shotguns. Or, as CBS would have it, 'it's clearly a bolt action automatic shotgun.'
Posted by HMS Defiant at 3:47 AM
Labels: America, Orcs, Trust, Truth