Ripped off at Traditional Vibe. 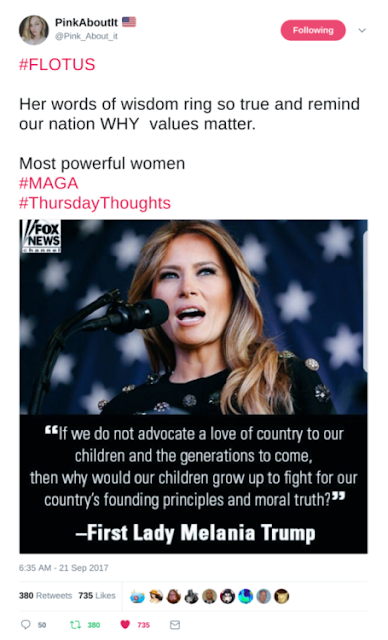 The left has pretty much destroyed any value their children might have ever seen in the United States. As they waged that campaign on their own children, they took over education at every level in this country and used the power of the rod to teach all of our children that there is nothing good, worthy or noble about the United States of America.

What passes for education in this country was rightly called a crime by the educators that got shoved out to make way for the progressives who took control of education at the local, state and federal level and used their control to strike the children with the bleakest and foulest interpretations of every historic thing that has ever happened and to blame every less than perfect outcome or event (in 21st century interpretation only) on white people, colonialism and slavery.

Glenn Seaborg and the National Commission on Excellence in Education issued their report back in 1983. Titled, "A Nation At Risk" it described for Americans what was visibly happening to the education system in this country.


Our Nation is at risk. Our once unchallenged preeminence in commerce, industry, science and technological innovation is being overtaken by competitors throughout the world.... the educational foundations of our society are presently being eroded by a rising tide of mediocrity that threatens our very future as a Nation and as a people. What was unimaginable a generation ago has begun to occur- others are matching and surpassing our educational attainments.

If an unfriendly foreign power had attempted to impose on America the mediocre educational performance that exists today, we might well have viewed it as an act of war. As it stands, we have allowed this to happen to ourselves.... We have, in effect, been committing an act of unthinking, unilateral educational disarmament.

Spend even a few minutes reading about mainstreaming and it will poison your attitude with regard to professional educators beyond any hope of recovery. They throw out the needs of the many in order to provide for the needs of the most damaged individual.  As you can see if you go to the links in this paragraph, I used the New York Times as a reference.

I used to read the NYT every Sunday and their articles on the perilous state of teaching in America made for some interesting reading. It is the sole topic I have ever seen in the NYT where they threw lib/prog ideals under a bus, a school bus to be exact. Their articles uniformly hammered the departments of education and school boards for gutting the schools and destroying in-class learning by squandering the lion's share of time and resources on the tiny few who were those least able to benefit from them. How often do you see the New York Times take that approach?

I don't see any path for redemption of misled youth in this country. They bought the global warming scam hook, line and sinker because they are too ignorant to be able to tell science from voodoo and they accept unquestionably all the old liberal progressive shiboleths and never does it occur to them that someday we will run out of other people's money.

It's going to dawn on the older kids soon that there won't be a social security net for them. There won't be a guaranteed pension. The debt obligations we have now are as unpayable as Puerto Rico's. Everything they've been taught is a lie or a mistruth and they cannot go abroad anymore to try to learn from the less fortunate as their predecessors did in the Peace Corps since the countries that used to exist where modern youth could discover themselves are now violently dwelling in the 14th century and will happily crucify and behead them if they show up to preach the gospel they learned by rote at the knees of their professors.

President Trump nailed it when he spoke at the UN and told the world leaders and the rest of the world:

I can generally tell if someone is smart, clever or stupid and dumb just by their attitude to socialism. If they support liberal progressive socialism than their position has been established. They are the miserable failures personified of the dismal state of education in this country.
Posted by HMS Defiant at 3:21 PM
Labels: America, bore-sighted on the future, bright and shiny as the truth, Education