Congratulations America. You lost. President Trump was successful to the extent of winning the votes of half the electorate in this country because he had a direct link to his supporters and could communicate instantaneously with all of them via twitter. The tech overlords and communists at twitter have been throttling his conversations over their link for the last 6 months and now they've gone and pulled the plug altogether. There will never again be a platform that a conservative politician can use to go directly to the people and lay out his thoughts and strategies because in line with Conquest's Laws. 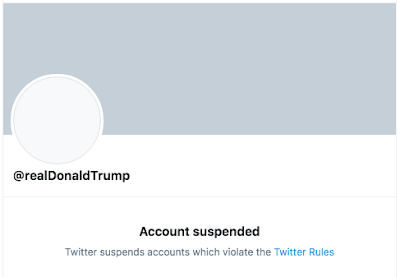 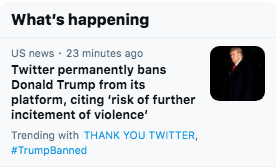