The scum in bold face are the ones that decided to carry on with the People's Trial of the Century (2nd Trump impeachment) despite Sen. Rand calling them on their idiocy and lack of shame, knowledge, smarts, intelligence or acquaintance with reality. The rest of the old conteptibles decided to reconsider their support for the sham impeachment. It's interesting how the utter fraud known as Romney keeps getting elected as a rethuglican. I don't think he's ever drawn a single breath as an actual right thinking republican in his lifetime and I expect him to go to his grave without ever seeing the light.

This sort of thing always puts me in mind of Lord Randolph Churchill long ago when he addressed parliament. "Such a series of neglected opportunities, pusillanimity, combativeness at wrong moments, vacillation, dread of responsibility, repression and discouragement of hard-working followers, collusions with the Government, hankerings after coalitions, jealousies, commonplaces, want of perception on the part of the......., no one but he who has watched carefully and intelligently the course of affairs in Parliament, can adequately realise or sufficiently express; and if it be the case that Ministers have lost ground in the country, they have only themselves to blame, nor have they the slightest right to cherish feelings of resentment against the regular and responsible Opposition in the House of Commons."

We could use some more plain speakers in our House and Senate but I doubt we'll see any in my lifetime. To reach true greatness in such an endeavor requires that one treats the other as equals and listens to their arguements and hammers out concessions necessary to move good government forward. We don't have that anymore since the democrats in office listen to nobody except their friends at the NYT.

There was this from today's readings. It was an article having to do with the failure to compromise and hear both sides of any position. It seemed to champion squelching all white supremacists and seditionists and people like that while compelling them to listen to the just positions and statements of regular non-white supremacists who believe they have the sole and exclusive power to control the media/medium and limit contributions by those who hold apostate views. Kind of like now in the Senate and House. We who read history know all about the Great Compromises and Compromisers who did everything they could think of to keep the Union together even as the issue of slavery tore it apart. When you think about them now do you hate them for compromise or wish they'd been able to keep pulling it off until the issue could be settled peacefully without the horrendous casualties on both sides.
Taken from battlefields.org 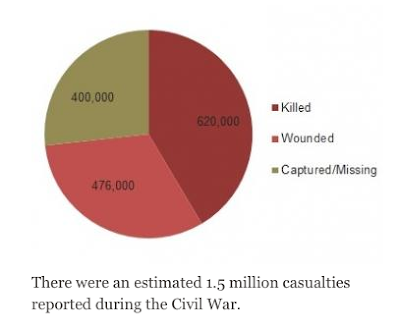