WHY NOT BE HONEST?

When we read things like this in what passes for the news we are sometimes struck by the abysmal failure of the press to actually write what is real. They always seem to hit their default setting which bares very little resemblance to reality.


Many gun control advocates have denounced these chants (and the Second Amendment Sanctuary movement itself) as undemocratic and anti-American. While this reaction was predictable, voicing a collective refusal to comply with laws perceived as unconstitutional or unjust is a fundamental part of American democratic discourse.

They're not really gun control advocates. They are totalitarian anti-Constitution fascists who don't like that you own a gun and they do not care for that and insist that you play by their new rules for society. They'd like to see guns pass out of history along with women wearing long gloves and hats and for roughly the same reason. They didn't like them.

Gloves and hats are not inalienable rights and you can kiss them goodbye if you want. It seems the snowflakes are willing to piss away all of the inalienable rights Americans enjoy if they hates them. They hate free speech with a passion and view freedom of religion as nothing but a bar to all religion everywhere and God help you if you own a gun and like to shoot. I have to admit, I'm waiting for the day when antifa goes up against one of the lost with nothing left to lose who decides he's sick of them. 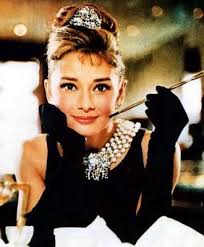