From the Middle of the Right 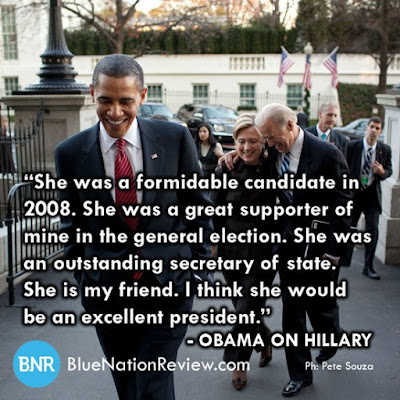 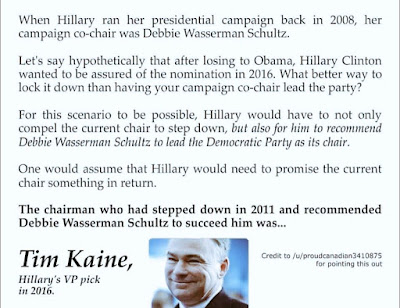 Now you see why the DNC was, is, in the bag for Clinton and dedicated to making Bernie fail. This explains those 3 oddly timed debates that Clinton planned to get away with until it looked like Bernie was going to smoke her in the primary.

I see that snopes tries to make a case for how this is all just harmless fun and jocularity, jocularity, but then it has been revealed that snopes is as much in the bag for Hillary as it is possible to be. They would now argue that 2+2=5 if Hillary said it was so.

When I see the hand of long range planning such as this in the Hillary campaign, I see Bill's touch. Hillary is and was, a greedy grasping politician who ALWAYS sacrifices the long term picture for short term gains, be it a land deal in Arkansas, $100,000 cattle futures, $250,000 speaking fees on Wall Street or anything else that floats her current ship of state. She is a perennial loser who can't see over the curb. Her worldview is driven pretty much by the price she can command. She doesn't sell herself cheap, but still, she's more than we can afford.
Posted by HMS Defiant at 1:52 AM