THE DEATH OF SCIENCE

This article posted on Instapundit almost makes me believe that the Amazon basin has turned into a net emitter of carbon dioxide but then I saw who actually printed it and to be honest there is now just about zero % chance that I will believe anything printed/published by a nature of climate science journal. They have all hopelessly compromised their integrity by publishing oceans of fake science in the name of global warming that morphed into climate change hysteria as the evidence of actual global warming seemed to vanish in the haze of make-believe as validated by actual science delivered all uncorrected by satellite data and the general, 'shot themselves in the balls' take no prisoners attitude they entered the debate with 25 years ago under Al Gore's banner, he being a noted scientist with the latest and best up-to-date data available to mankind and science. 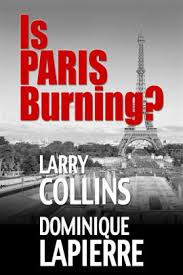 Shocking Discovery Reveals The Amazon Has 'Flipped' to Become a Major Emitter AFP3 MAY 2021 The Brazilian Amazon released nearly 20 percent more carbon dioxide into the atmosphere over the last decade than it absorbed, according to a stunning report that shows humanity can no longer depend on the world's largest tropical forest to help absorb human-made carbon pollution.

From 2010 through 2019, Brazil's Amazon basin gave off 16.6 billion tonnes of CO2, while drawing down only 13.9 billion tonnes, researchers reported Thursday in the journal Nature Climate Change.

The study looked at the volume of CO2 absorbed and stored as the forest grows, versus the amounts released back into the atmosphere as it has been burned down or destroyed.

"We half-expected it, but it is the first time that we have figures showing that the Brazilian Amazon has flipped, and is now a net emitter," said co-author Jean-Pierre Wigneron, a scientist at France's National Institute for Agronomic Research (INRA).

"We don't know at what point the changeover could become irreversible," he told AFP in an interview.

The study also showed that deforestation - through fires and clear-cutting - increased nearly four-fold in 2019 compared to either of the two previous years, from about 1 million hectares (2.5 million acres) to 3.9 million hectares, an area the size of the Netherlands.

"Brazil saw a sharp decline in the application of environmental protection policies after the change of government in 2019," the INRA said in a statement.

Brazilian President Jair Bolsonaro was sworn into office on January 1, 2019.

Yep, sure enough. All it takes to end the entire world is to have someplace somewhere elect a man who doesn't believe in the massive fraud now known as climate change. They never seem to fail to notice that their stick is always the same club used in the same old way to beat any non-believer who simply says, "prove it." The only authority I find more disgraceful than the CMU in East Anglia and Penn State's Mann is any French authority opining or observing about anything at all.
Posted by HMS Defiant at 10:41 PM