Every now and then I capture it in an image and paste it here. 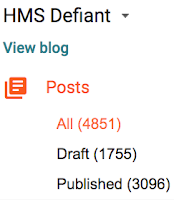 I'm still willing to write a lot more than I'll get around to posting. For some of them, it is the topic that is perhaps too dangerous and the writing too over the top. For others, they were overtaken by events which can happen to even the best commenting. Others were written after the little grey cells had gone to sleep. I resurrect some of those for posting later.

I tore the hell out of one or more of the tendons in my knee last week before we drove to South Carolina. It got worse and worse and then yesterday it was feeling better right up until I tripped over a pillow case. Snagged one on the floor with my big toe and the pain roared back. Tonight we went out for an evening of graciousness at the Intercontinental downtown by the Cleveland Clinic and it was all good. After that we stopped at one of our favorite bookshops for an authors talk about the book, Maps of Cleveland.

The book was interesting, the topic was interesting. It was standing room only but one has to admit that is because the world's most dangerous bookshop cat took up residence on a couch next to a guy who was a little more afraid of him than I was. My right hand looks well tenderized after being the inspiration for the bloody affections of Otis (Red in Tooth and Claw).

As the talk progressed the pains forced my body into a planar formation on the couch. My better half tells me I was asleep but who can say? It didn't feel like sleep to me but the pain did recede for a brief time. Ah, I see you there wondering, was it the pain from the knee and back or the pain from the affections of Otis?

There is a cold rain falling and as it does every time, I wonder if it brings the ache from the old metal and the old wounds out to play or if it is just the absence of the fading sunsets that mark the end of summer days. This did not use to happen when the metal stayed in southern California and basked year round in what easily would pass for long summer days even in winter.
Posted by HMS Defiant at 10:16 PM