But farmers felt that they are being forced to bear most of the pain, and convoys of tractors converged on eight provincial assemblies on Monday.
In the northern province of Groningen, police had to hold back farmers who tried to drive a tractor through the front door of the provincial assembly. The building was pelted with eggs, and police from Germany were summoned to support their Dutch counterparts.
Certainly one of the nice things about living in the colonies. Those bastards aren't going to summon the German police. It didn't work out so well last time 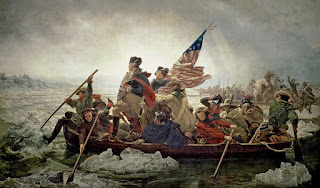