Arguably, the Science Fiction Club library housed in the main library at Penn State. It was about 8 feet by 10 feet and yet the thousand or so books in that little room were probably read by more people per annum than the other million books in the library stacks. Credit where it is due, the stacks in the Reading Room on the first floor had the bound editions of every Analog magazine back to the beginning.

I keep seeing and not blogging about the libraries out of history that are just amazing and then I think, I never see anyone in there and certainly nobody reading a book of any kind in hundreds of photos taken in libraries. I get the photos largely thanks to Traditional Vibe and others whose places I visit.

It's funny how libraries work, or don't. I believe there won't be any left in the West in about 16 years. I was sitting in a library about 12 years ago at the top of Washington Street in Mission Hills one day and fell into conversation with another man, about my age. As I recall we talked about some local tax issues on the ballot and the general election and we both agreed on the guy we wanted as President and for just about every sentence we spoke there was louder and louder and louder harrruuuuuuumnnnnph coming from a very unpleasant young woman old enough to share civilization but too young to appreciate it and remained standing behind us to make sure we knew Big Sister was listening.

Now, that said, if you ever find yourself in Columbus, Ohio, leave and go to the next town to the north which is called Westerville and has the best library I have ever been in. Don't worry, they have a little food court, barista, coffee, more computers and high end graphics computers than you can shake a stick at, well behaved youngsters who all get siphoned away from the adult areas with their own books, magazines and game playing computers and a copy of every single one of John Ringo's books. It was amazing. It kind of reminded me about the kind words Queen Anne et al had for Christopher Wren after he built that amazing cathedral. There was a monument outside it somewhere in London that recorded them in stone but I lost it and cannot find the words again. That's OK as what I remember about them is that what was most profound about them was how the very meaning of English words changed over the course of 400 years.

......and no, I don't live there and I'm not in their chamber of commerce or boosters club. We went there so one of us could mess around with clay leaving me at some loose ends for a weekend.

and speaking of Traditional Vibe, this just in as I went to get the link. I really enjoy these picture/memes. I'm sure in a few years this sort of thing will be banned and made punishable with jail and heavy fines. 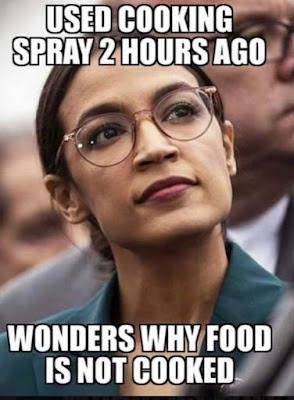