The Chief of Naval Operations confesses that his sailors are too incompetent to get out of the way of other ships and he has ordered all the ships we have left to turn on their installed AIS. Our ships will now have the equivalent of a man ringing the bell non-stop, shooting rockets into the air every 2 minutes and another man on the fo'c'stle shouting, "Here we Are!" That way merchant ships stand a chance of seeing us in time to maneuver to avoid colliding with us. Thanks Boss!

AIS stands for Automatic Identification System and it is a clever system in worldwide use as mandated by the International Maritime Organization to prevent collisions at sea. The navy has had it installed for over 10 years but left it switched in the "No Transmit" mode. Our sailors could see the positions and course, speed and track of all ships with AIS but we were being coy about just where we were or what we were up to. Security you know.

The CNO is being a little disingenuous when he says there's no operational need to keep us off the grid since the ship that can see you already knows where you are. He's either disingenuous, lying or a fool. You can take your pick. He says that there's no operational need to keep our locations off the grid but that's not the story they're saying at the courts-martial that have been sending navy officers to jail for the last 6 years for releasing ship movement data to Fat Leonard.

With AIS everyone knows where our ships are and where they are headed and it's like constantly updating Moscow or Beijing in real time where you are and what you're up to. You can see for yourself what AIS means for tracking ships. Go to the link and you can watch maritime movements in real time. Click on a ship icon to see what you get and this is just the freeware version. The paid version includes everything. 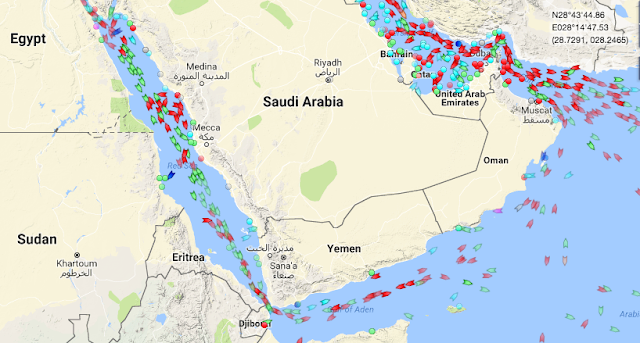 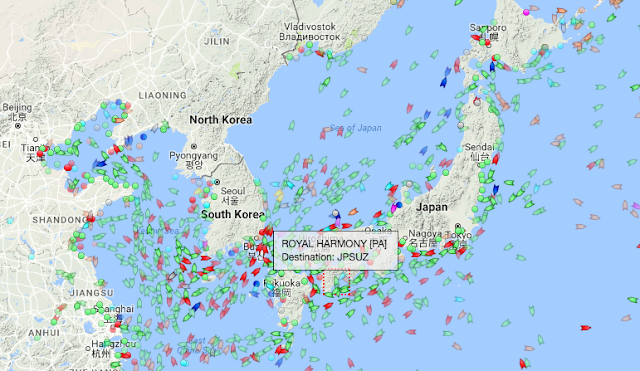 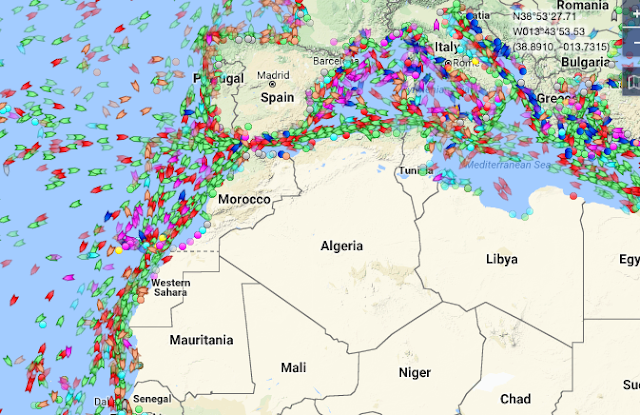 
“That’s been an immediate action. There is this Automatic Identification System, AIS. We had, I think, a distorted perception of operational security that we kept that system secure – off – on our warships. One of the immediate actions following these incidents is that, particularly in heavily trafficked areas, we’re just going to turn it on.”

“In heavily trafficked areas like off Japan?”, asked Senator King.

“Right. You can look outside and see the ship, so, it’s not an operational security standpoint,” said Admiral Richardson.

I think I'm just going to have say that Admiral Richardson is about as clueless as they come. What a pity, he was shaping up so well.
Posted by HMS Defiant at 1:57 AM
Labels: navigation, Shipping news, Stupidology, USN