Writing as one with an extensive background in the issues involved in the ongoing crisis that is exposing Hillary Clinton as quite possibly the stupidest politician of this age, I have to point out that she wasn't the first powerful democratic party figure to flail away all the rules and laws about transmitting and storing classified data. Remember that Obama insisted on keeping his Blackberry and there are many photos of him wearing it on his belt in the early days. He too, thought it the wisest course of action to co-mingle his ongoing private electronic mail with his official electronic mail. That's how smart he is. He demanded it. Sirica's actions in forcing Nixon to release the tapes meant nothing to this Constitutional scholar. 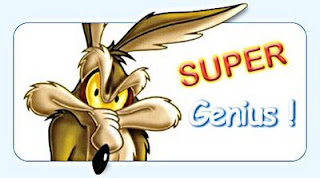 That means Obama gets to go through the same ridiculous shaming that Hillary set herself up for when she mingled her accounts. She didn't have to do it and despite what some expert tells you, it's really very easy to find out if she did turn over all the official emails by comparing all the email that her Chief of Staff, Deputy Chief of Staff and Department Heads sent to the email account of the Secretary of State and if she didn't produce them in response to judicial orders then she is in contempt of court. She's also an idiot.

She hung herself out to dry because she thought she could get away with it. She could hide all her crimes and felonies in a basement in Chappaqua and nobody would ever find out because there could always be a tragic basement fire or flood that destroyed the hard drive that might be used downstream to incriminate her. You know what else she did that was stupid? She let everybody know that the ONLY way to reach her was at her private email address and server. Literally everybody who corresponded with idiot knew she was breaking the law and trying to hide official records and anyone of them could have ratted her out 5 years ago. She counted on the loyalty of henchmen. Of course, she went to extraordinary steps to make sure that nobody but Obama could ever sit in judgement of her while she was Secretary. 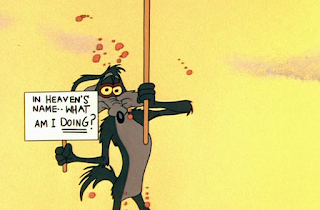 She forgot that she wasn't always going to be an untouchable and that oft evil will shall evil mar. There's always a Wormtongue around when you least expect it and when you consider that the phrase was spoken after the idiot used the 'all-seeing' Palantir as a rock and threw it at the enemies of his master it makes you appreciate the amazing JRR Tolkien all the more.

I understand the low information voters who will vote for her even if she ate a black baby on live TV but I don't understand the professoriate and the elite cognoscenti who think she would make anything but a disaster as president. I figure that, as with those same folks who elected Obama, they figure they'd own her once she took office. Consider that the National Debt tripled under Obama because he owed so many favors to so many plutocrats and they didn't want a measly million here, a million there, they wanted hundreds of billions of dollars. And they got it.
Posted by HMS Defiant at 9:29 AM
Labels: American royalty, fools, scum